A business park in East London wants to establish itself as a major studio facility in the capital. Londoneast-uk Business and Technical Park in Dagenham has already hosted high-profile shoots like Marvel’s Avengers: Age of Ultron and British drama Humans in its industrial buildings. 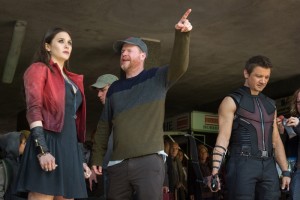 “The film industry and high-end television attracted GBP 1.5 billion of production spend in the UK last year and there are fantastic opportunities for more growth but we haven’t got the capacity to meet this demand,” Lewis told the outlet.

“If we do, I believe London could help double that level of investment to GBP 3 billion over the next few years and it is up to the industry to grasp this opportunity. I can see the potential for the film industry in Dagenham to become bigger than the car industry was.”