Written by The Location Guide on Oct 8, 2015. Posted in On Location

New adventure series Hooten & The Lady will start filming shortly in Rome. Likened in tone to the Indiana Jones films and the TV drama Relic Hunter, the show will follow an adventurer who joins forces with an aristocrat from the British Museum to track down treasures. 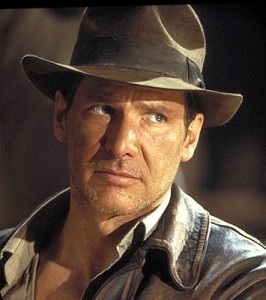 “Hooten & The Lady is gloriously ambitious and perfectly poised to take its place amongst the impressive line up for an exciting year ahead of brand-new drama and comedy for Sky”, said Adam MacDonald, Sky1 Director.

“We are delighted to be working with Tony [Jordan] and his team to bring this wonderful new drama to Sky1. Hooten & The Lady will be a major highlight of next year’s summer schedule and a real treat to delight and entertain drama lovers and the whole family.”

Hooten & The Lady is the second high-profile international TV production to be announced in the space of a week, following historical drama Medici that will star Dustin Hoffman and Game of Thrones veteran Richard Madden.

“While [Medici] is the story of a mythic period in Italy’s past, the Renaissance in Florence, it will be seen through the filter of a contemporary lens, with the exciting contributions of both Italian and international artistic talents, and filmed in the unsurpassed beauty of Tuscany,” said Tinny Andreatta, Director of Italian production company RAI Fiction.

Television shows in the vein of Indiana Jones have been popular for years, particularly with the long-running adventure franchise The Librarian, which has used Oregon as a production base.