New Doctor Who spinoff series Class will film Wales as London for a Young Adult (YA) audience. The drama will be set in the Doctor Who universe and will be set in a London school with a tone that’s being compared to Buffy the Vampire Slayer and The Hunger Games. 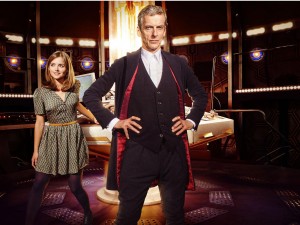 “I'm astounded and thrilled to be entering the Doctor Who universe, which is as vast as time and space itself,” said writer Patrick Ness.

“There's so much room there for all kinds of amazing stories, and to work with [Doctor Who producers] Steven Moffat and Brian Minchin to find a place to tell one of my own has been an absolute joy.

“I can't wait for people to meet the heroes of Class, to meet the all-new villains and aliens, to remember that the horrors of the darkest corners of existence are just about on par with having to pass your A-Levels.”

Added Polly Hill, Controller of BBC Drama Commissioning: “I am thrilled that Patrick Ness is writing his first drama series for BBC Three. The combination of Patrick and Steven Moffat is an exciting partnership that has created a brilliant Doctor Who spin-off for our BBC Three audience.”

Doctor Who has been based at the BBC’s Roath Lock Studios in Cardiff since its reboot in 2005. Its huge success has led to international location filming in Croatia, Dubai and the US.

Class will in fact be the fourth major spinoff series to be launched over the past decade, following Torchwood, Totally Doctor Who and The Sarah Jane Adventures.