Norway’s first formal programme for filming incentives is soon to be implemented, with information detailing what the system will offer having just been released. Previously the country only offered informal subsidies to regional projects but this is about to change.

The incentive can be combined with the regional funds, making a powerful combo for international producers.

Sigmund Elias Holm of the West Norway Film Commission explained: “the film incentive will be administered from the Norwegian Film Institute in Bergen, the gateway to Norway's most spectacular film locations.” 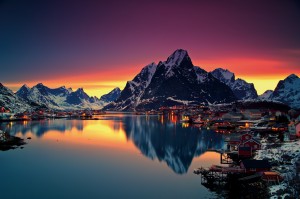 He continues: “Minister of Culture, Thorhild Widvey, has allocated EUR5 million for the incentive, and a total film budget of EUR87 million - up 5% on 2015. The state budget also consolidates Norway's regional film funds. The incentive can be combined with the regional funds, making a powerful combo for international producers. The new landscape of the regional film funds will be announced in early 2016. The Norwegian currency adds to Norway's new appeal as a filming location: Both USD, GBP and EUR have soared vs the krone, and are up 45, 40 and 30 percent respectively since 2012.”

The incentives were announced in May 2015 after a long history of Norway losing potential projects to Iceland which has a 20% reimbursement scheme in operation for expenditure occurred within the country. Subsequently, Iceland has housed large scale productions including space drama Interstellar and HBO’s fantasy series Game of Thrones.

While Norway has been able to attract successful projects such as thriller Ex Machina and historical drama Vikings, the incoming wave of incentives will undoubtedly expand the country’s profile as a premium filming location.