Written by The Location Guide on Oct 6, 2015. Posted in Incentive News

The filming incentive landscape continues to shift in the US. While the majority of states still have filming incentive programmes in place, only a few offer support generous enough to attract high-profile TV series or big-budget feature films.

That number may decline still further in 2016. Several states – some of which have been major Hollywood players in recent years – have either scaled back their filming incentives or even cancelled them altogether.

As political detractors have grown stronger in the eastern US, California has gone the other way and given its tax credit programme a long-overdue boost.

In some cases – Alaska among them – the impact will be minimal as they seemed somewhat token gestures to begin with. Others were briefly shining production hubs that were eventually consumed by budget deficits and polarising politics.

Michigan attracted a series of high-profile feature productions in 2010 including Transformers: Dark of the Moon and Sam Raimi’s Oz: The Great and Powerful. However, despite driving production spending of around USD290 million from a state investment of USD115, the incentive was quickly capped and the annual fund sharply reduced. Hollywood interest similarly slipped away and political opposition to the programme sealed its demise in mid-2015.

The Governor of Michigan voiced his confidence in the appeal of his state’s skilled crew base and striking locations as he cancelled the filming incentive. However, while his optimism may appeal to industry outsiders, it ignores the basic economics of the Hollywood production industry – follow the incentives.

As political detractors have grown stronger in the eastern US, California has gone the other way and given its tax credit programme a long-overdue boost. Lawmakers have more than tripled the annual film fund, but significantly they have chosen to focus their efforts on high-end TV production by allocating more money to television than to film. The Golden State specifically wants to bring back TV shows that have already filmed at least one season elsewhere in the US, or indeed internationally. 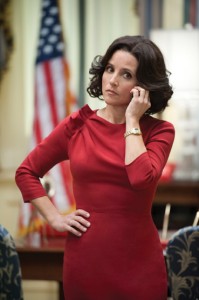 Hit political satire Veep (pictured) has already become a headline-grabbing example of a TV series following the money – in this case a USD6.5 million filming incentive payment – and heading west.

We should not expect a flood of productions to California, and certainly not big-budget feature films. Los Angeles may be the spiritual home of Hollywood, but the major studios are hardly tripping over themselves to return to the west coast. Several of the biggest Hollywood franchises are committed to other parts of the world for at least the next couple of years. Disney is keeping its new Star Wars films in London through Lucasfilm, and its Marvel superhero movies largely in Georgia in the US.

Hollywood has shown a generally mooted response to California’s boosted incentive. They lean more towards the view that it’s a solid start that could prove more attractive further down the line.

Closer inspection of the figures from California shows why cautious optimism is a reasonable response from the Hollywood studios.

California has made great strides more than tripling its film fund, but nonetheless the total amount available – USD330 million – is still nearly USD100 million short of arch-rival New York. More significant – and more impactful on Hollywood – is the rigid fashion in which the money will be allocated each year, with just 35% of the money being made available for big-budget studio productions, or just USD80 million for 2015-16. For the next year this in fact amounts to less than was available annually under the lottery-based filming incentive.

While there is a cap in place on the number of productions who can claim the rebate, the additional labour credit available has now increased from 5% to 10%. The result is a base rate of 30% with a additional 10% dependable on labour, making for a competitive incentive for filming. 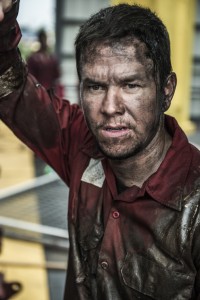 Elsewhere, state authorities argue about the extent to which the tax credit payments truly benefit local communities. Louisiana had a strong 2015 with the like of Fantastic Four and the true-life Deepwater Horizon (pictured), but then reformed its filming incentives. Lawmakers decided to limit per-production incentive payments to USD30 million and cap the state film fund for the first time at USD180 million a year. The latter figure is over USD100 million less than the state’s average annual allocation over the last three years.

The move prompted uproar throughout Louisiana’s industry. Gubernatorial candidate Jay Dardenne politicised the issue further by suggesting he would reverse the decision should he win the Governor’s Mansion. Louisiana’s furore over the budget cap is indicative of the scale of the challenge facing California.

In the south-east, Florida will spend another year struggling to attract big-budget productions. State authorities have not only refused to channel more money into the state’s ailing filming incentive programme, but they have also downsized existing servicing resources. Local film commissions have responded by improvising regional filming incentives for specific shoots, but it remains uncertain how the lack of filming tax credits will impact on Florida’s ongoing studio development plans.

Downgrading filming incentive support has been the emerging pattern further north. Faced with often crippling budget deficits, state authorities have trouble justifying subsidies for the entertainment industry. Filming incentive programmes are often framed as channelling money into the pockets of millionaire producers and film stars while providing only short-term local jobs, which can be a tricky perception for incentive advocates to address.

Once upon a time North Carolina hosted the first Hunger Games movie and Iron Man 3, but at the start of 2015 the state’s competitive 25% filming incentive was downgraded to a grant system with just USD10 million a year. Half of this money was immediately claimed by the Stephen King miniseries Under the Dome, which became one of the only high-profile TV productions to remain in the state following the downgrade.

While Massachusetts chose to keep its filming incentive in the summer of 2015 – despite the Governor’s disapproving eye – the state of Michigan finally cancelled its own programme, just months after hosting the superhero movie Batman V Superman: Dawn of Justice.

Internationally, the UK and Australia have emerged as major competitors to US filming locations.

The UK offers generous filming incentives that have become an undisputed success story. Lucasfilm has returned to London and found a base at Pinewood Studios for Star Wars: The Force Awakens and the next two entries in the rebooted Star Wars franchise will also shoot there. Marvel appears to now favour Atlanta over London, although its upcoming curiosity Doctor Strange is shooting in the English capital.

On the other side of the world, Pirates of the Caribbean 5 has become the biggest-ever production to film in Australia, and Queensland has set itself up as an effective double for California in Dwayne Johnson’s hit disaster movie San Andreas. Australia’s formal filming incentives are less robust than in the UK, but for the past few years the government has secured big-budget productions with flexible one-off payments sourced through a specially-designated fund.

Canadian hubs like Vancouver and Toronto are likely to benefit, and also possibly Montreal, which has had a profile boost hosting the hugely successful X-Men: Days of Future Past and its follow-up X-Men: Apocalypse (pictured above). Georgia could potentially become the most popular feature location in the US, if it can rise to the not-insignificant challenge of building a deep crew base.

California is likely to become more big-budget friendly after 2016 – the lottery allocation system was used for the last time in 2015 – and lessons learned from the inaugural year of the boosted incentive could see more changes introduced.

Nearly three-dozen superhero movies are scheduled over the coming five years. The studios will be watching closely to see which state or nation wants them the most and is willing to offer the most lucrative deal.