An additional tax rebate of 10% will be available for any film, TV, and commercials productions that shoot in Greater Savannah from January 1st 2016 onwards.

I believe that SEDA’s incentives will help alleviate this additional cost and that in three years the labour pool will be strong enough to support the increased business.

The Savannah Entertainment Production Incentive (SEPI) will be an additional rebate run by the Savannah Economic Development Authority (SEDA). It will offer USD1.5 million per annum to secure the city’s future as a prime filming location. 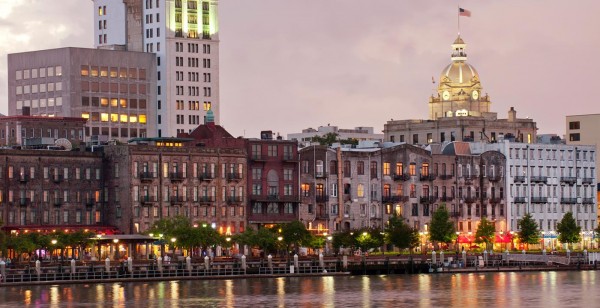 Productions will have access to the SEPI if they have an eligible expenditure of USD500,000 in Chatham County or if they incur expenses for relocating workforce members.

Trip Tollison, president and CEO of SEDA explained: “by adding our own incentives, we are positioning Savannah to be the number two location for entertainment production in the state, behind Atlanta, which currently has more,”

Lee Thomas, Deputy Commissioner of the Georgia Department of Economic Development's Film, Music & Digital Entertainment division added: “because Savannah has a limited crew base, it has historically been more expensive to shoot there than Atlanta, since productions need to bring in additional workers from nearby markets. I believe that SEDA’s incentives will help alleviate this additional cost and that in three years the labour pool will be strong enough to support the increased business.”

Any productions filmed within Savannah are also eligible for the lucrative incentives offered at the state level, wherein projects can receive up to 30% back in tax credits so long as they meet a qualifying minimum spend of USD500,000.

Goosebumps director Rob Letterman recently explained that Georgia’s film friendly atmosphere was the deciding factor in wanting to film there, specifically shooting on location in Atlanta.