Written by Tom Deehan on Nov 11, 2015. Posted in On Location / Production News

At the end of October 2015 filming began in Malopolska, Poland for a biography of Martin Luther, commissioned by PBS station.

I was attracted to Poland by the stunning locations, but I got so much more: fabulous, top quality crews, first-class equipment and costume rentals.

Directed by David Batty (The Story of Jesus, Dispatches) and produced by Big Book Media and Boettcher+Trinklein Inc., details have yet to be released regarding the exact periods of Martin Luther’s life that will be covered in the biography. 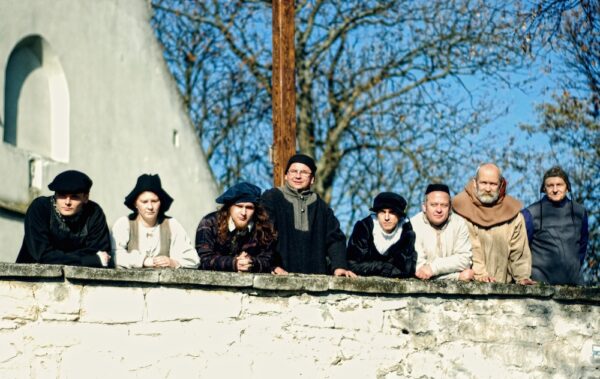 The biography will star Padraic Delaney (The Wind That Shakes the Barley, The Tudors) as Martin Luther himself.

With regards to the decision to film in Poland, producer Hannah Holloway explains: “I was attracted to Poland by the stunning locations, but I got so much more: fabulous, top quality crews, first-class equipment and costume rentals, and all priced to match my budget. Our local production company was excellent - we have felt very well looked after at every level.”

As of yet Poland doesn’t offer filming incentives for international productions but funding is available via coproductions with Polish companies. At the regional level there are currently nine different incentives in operation with all of them providing support of up to 50% of a production’s budget.

Located in the south of Poland, Malopolska has hosted the filming of many high profile productions including Steven Spielberg’s Schindler’s List and Prashant Chadha’s Aazaan. Director Martha Coolidge recently took to Poland to film the period drama Music, War and Love, depicting the lives of Polish citizens before and after the Second World War.

Filming will come to a close November 14th.