TLG talks to Brad Blackbourn about Spectre, and the potential of previsualisation

Previsualisation (known as previs to professionals) is at its core the use of a wide range of tools, from advanced technology to pencilled storyboards, to allow a production to understand the logistics of any planned scene. 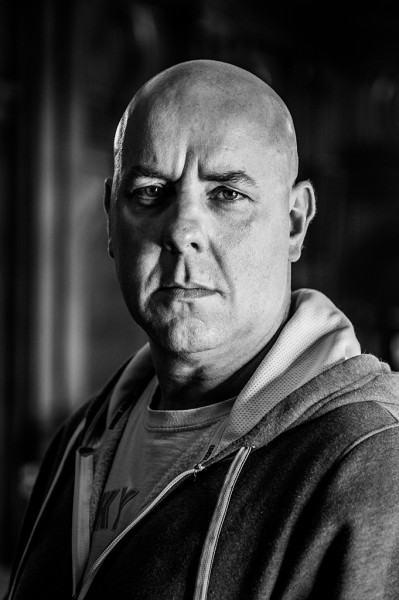 Despite being fairly new to the industry, previsualisation company IO Entertainment already have an impressive portfolio. Formed by some of the most skilled professionals in the industry, IO recently finished work on one of the year’s biggest films: Spectre. This week TLG got the chance to speak to IO’s Director Brad Blackbourn, to really get to the heart of what previsualisation is all about.

How did IO Entertainment come to work on Spectre?

Although the company was only three months old, our team had previously worked with some of the Spectre VFX and Art department crew on other films. So when Sam Mendes said he wanted a new and different previs experience on Spectre, they kindly recommended he speak to us.  Sam seemed to like the fact that we were totally story driven, with no pre-conceptions of what the previs-process should entail. I think it helped that we were clearly very happy to continuously re-mould the team and the approach around the evolving needs of the film.

What sources did IO use in order to reconstruct the key locations found in Spectre?

We source data for the environment builds from various sources such as any available Sketch-Up models from the Art Department, cross referenced with information from Google Earth. We also might derive approximate 3D reconstructions from Tech-recce photos and create a much lighter version of any early LIDAR scans of the locations (this is rare though as normally we're done by the time the LIDAR scans are done for VFX). Depending on the scope of the area we're rebuilding in 3d we might also utilise commercially available online data sets, such as Digital Elevation Model (DEM) files.

There are misconceptions about previsualisation work catering specifically for high budget productions, are these atttitudes disappearing or are they still an issue?

There's a widespread and very unfortunate mis-conception that "previs" equals "an extremely detailed and expensive video game-like pre-creation of a blockbuster movie".  To us this can't be more wrong. Previs is simply any kind of previsualisation i.e. a helpful method of visualising key challenges in the film, before committing to the final chosen approach. It could be a scribble on a napkin. It could be a sequence of shooting storyboards that accurately reflect the physical constraints of the set/location. It could be a set of technical diagrams for a complex camera setup. It could be a handycam video of stand-ins blocking out the staging of a camera move and yes, it can be a quicktime movie rendered from 3d software showing a fully lit, textured and animated version of the shot. 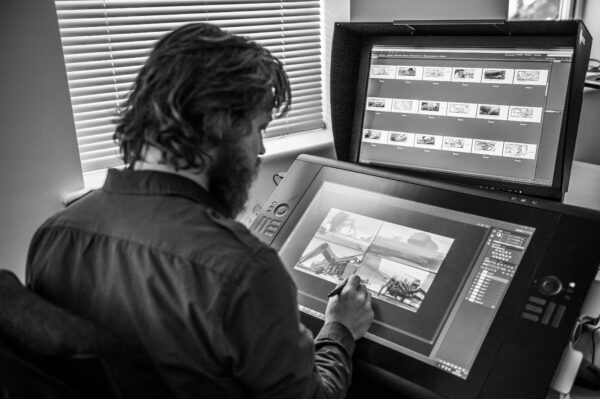 It all comes back to the fundamental purpose of the exercise: what questions are we trying to answer? For example, if you're in early stages trying to work out the choreography and shooting of a car race, maybe try getting a bunch of toy cars and filming it with a phone. That worked so well when working with Ron Howard on Rush that he took the cars with him and would continually update us with new scenes that he had shot on a hotel table, an office floor or out on a terrace in the garden. It doesn't have to be complicated or expensive, just answer the question.

We work on projects from blockbusters to low budget features, starting from single-day storyboarding and technical shoot breakdowns, through to building and animating entire sequences in 3D. We can do a fast, simple version that gives key logistical data or we can include a lot more visual detail to more accurately reflect the final appearance of the film, which is sometimes used to help secure film financing. We have created this type of "pitch-vis" in order to secure funding and greenlight some shows. One particular piece did secure a seven figure development deal which resulted in a USD100 million plus movie being greenlit and completed.

It’s essentially about the individual challenges of each project, and big budget productions do not always equal high-spec previs. On Spectre for example, everyone knew the look of the film so we all agreed that it wasn't a good use of resources to add extraneous visual detail; instead we focused purely on useful information that solved problems for each department or moved the planning process forward. For the complex chopper fight over Mexico City during the opening sequence we did several group previs sessions with a white board, markers and a plastic helicopter (not a cool scale model, a toddler's toy!).

Those sessions ended up with the entire choreography and beats for the sequence scribbled on the whiteboard (along with occasional thumbnails). Only then did we move appropriate sections into 3D to identify key issues such as altitude, air-speed, safety clearance from buildings/crowd, camera positions etc. Whenever questions came up we'd all turn back to the white board and toy chopper to clarify.

What is the biggest technical challenge you’ve come across?

There's not so much a single specific technical challenge but more the constant search for better technical methods to maintain creative speed and flexibility as the amount of detail increases in the CG scenes. The pressure to maintain a near real-time experience whilst constantly adding more and more detail is very real. This is where new technical solutions can help out, but in general we view "more detail, more detail!" somewhat sceptically - additional detail must justify itself. 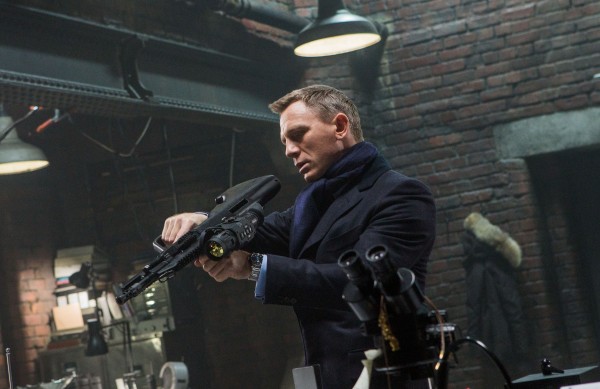 For those who are unaware, what are the biggest benefits of using previs?

Previs helps productions answer questions and find simple solutions – all of which are driven by the specific needs of a production, be it, “Is it possible to stage this stunt?”; “Can the studio see how stunning this sequence will look?” or “How can we best shoot this sequence?”

Getting previs involved from the initial stage of a production and adopting a collaborative approach across departments – in the same way the Art Department designs are - can bring huge benefits. The fantastic "one big Bond family" feel on Spectre meant crew from any department could ask questions about sequences and we could help them get very early answers.

We can also adapt something we are doing for one department, say VFX, and with very little tweaking it can be used by another, say Locations, to present to a city or local planning department to obtain clearances. On Spectre we even helped establish logistical requirements, such as the need to ship additional camera track to Mexico.

Previs can also help provide post-production a head start – on Spectre planning for post had been carefully considered and locked down prior to the shoot which meant we could hand off our scenes to the VFX vendors quite early on, so that they could get going on tests and development months before the plates were available for handover.

Do you feel as though previs could lead to the death of the location filming industry?

I think we can use our skill set to leverage the possible uses for filmed locations. For instance, if the location is filmed via drone, covering various paths, orbits, altitudes, it produces a wonderful piece of footage. We could then take that footage and re-construct the actual geometry with the texture and lighting of the footage projected on to the 3D geometry. So in addition to the footage, the virtual 3D set or location can now be explored interactively from any perspective or position through any chosen camera lens, for example: what would it look like if we shoot down the street from that rooftop on a 24mm?