The BBC’s television adaptation of Agatha Christie’s bestselling crime novel, And Then There Were None was filmed in Cornwall and at Harefield House in Hillingdon. The original novel has sold over 100 million copies worldwide and has been adapted numerous times into television shows, films, and even a stage production. 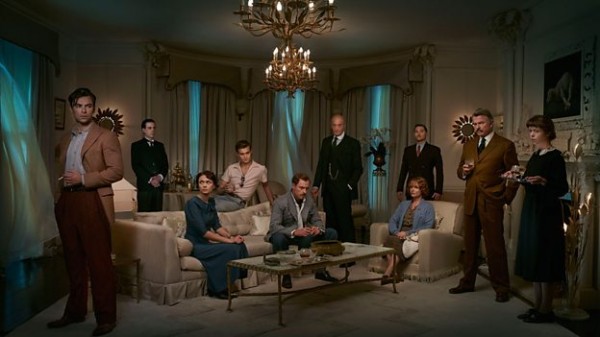 And Then There Were None sees a group of strangers brought together on an island after having each received an invitation, but their stay proves to be more dangerous than they could have ever anticipated as their personal histories begin to reveal themselves with fatal consequences.

Actor Charles Dance adds: “We are very much an ensemble and it’s been like coming to a studio every day. The art department have done the most fantastic job of turning this peculiar building into a house that’s utterly believable as an interior from our walk off a beach in Cornwall, up a cliff, along a path to this place. The minute you get in here, I really believe we’re in this strange art deco building on an island somewhere.”

Cornwall’s reputation as a filming location has boomed in 2015 since the release of BBC’s Poldark, which filmed on location there and has even prompted Visit Cornwall to construct a guide for any tourists hoping to visit the locations featured on the show.

High-end television productions like And Then There Were None that are filmed in the UK are eligible for a 25% tax rebate, so long as they meet the eligible expenditure of at least 10% of an overall budget.

And Then There Were None will consist of three episodes, with the first episode airing December 26th on BBC One.