Written by Tom Deehan on Dec 3, 2015. Posted in General Interest

The Otago Southland Film Office in New Zealand is under review

The Otago Southland Film Office which oversees productions in the southern half of New Zealand’s South Island, is currently being reviewed in an effort led by Queenstown Lakes Mayor District Council. The OS Film Office has been in operation for over ten years and this review will find out if changes need to be made to its infrastructure. 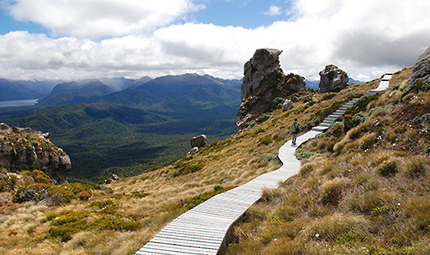 Queenstown Lakes Mayor Vanessa van Uden explains: “after 10 years we want to check the Film Office has the right structure and sufficient resources to support this significant activity.”

As part of the review, questions have been issued to shareholders, members of the film industry, and the community. A document compiled of the feedback from these groups reads: “the overwhelming message from the industry and key stakeholders is that the office delivers an essential service... collectively the feedback points to the need to invest in the resource... likewise there is strong agreement that additional funding... should be sought to meet additional investment in the office.”

One aspect of the review is to compare the operations of the OS Film Office with that of the other two main Film Offices in New Zealand, located in Auckland and Wellington. The comparison showed that the OS Film Office is understaffed as its sole employee, Kevin Jennings typically works for 40 hours a week to meet industry demand when he is contracted to work 32 hours a week.

The OS Film Office recently handled two commercials for Carlsberg and in 2014 oversaw work on the cult horror film I Survived a Zombie Holocaust. Applications for online feedback will close January 22nd 2016.