Speaking to the DOP Thomas Kuerzl, he explained: “Vienna was chosen out of three locations (Barcelona and Paris) because the city allowed us to create a 2 km racetrack in the centre for five hours on a weekend, and because budget wise they offered the best package. Vienna also offered a similar location to that of the original film this commercial was inspired by: C’était un rendez-vous (1976) by Claude Lelouch.” 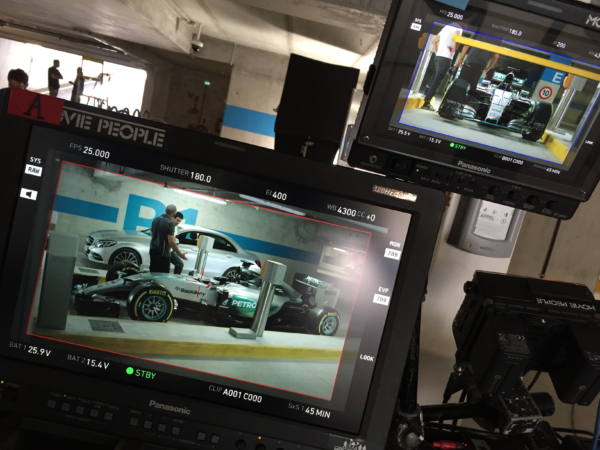 “We used about 50 people to lock-off and secure the streets of Vienna to guarantee the security of people and crew. This way we were able to drive very fast through the city, which was only possible because of the great support we were given.”

He continues: “because of the short timeframe we had, plus the need to see the Mercedes during the race I came up with the idea to shoot with five cameras simultaneously. The idea was to stitch these five cameras together and do the pan digitally in postproduction. This way we were able to decide later when we see the car and if we needed fewer runs to achieve what we needed. The rig for this shoot was built by my stunt team in Vienna and was mounted on the front and rear of our vehicle, allowing us to capture a full 360 degree image.”

While Austria’s film incentive doesn’t extend to commercials, the FISA programme does provide a 20% grant to film and television productions, alongside a 25% grant for service productions.

Other commercials filmed in Austria include Curious Mumbai Films and Hafzoo’s spots for Milton Electronic Tiffin and Garmin respectively.