Written by Tom Deehan on Jan 18, 2016. Posted in Production News

The upcoming BBC drama The A Word is being filmed in Keswick and Coniston, both of which are located in the English Lake District. Filming began in October 2015 and will continue until an unspecified time in early 2016. 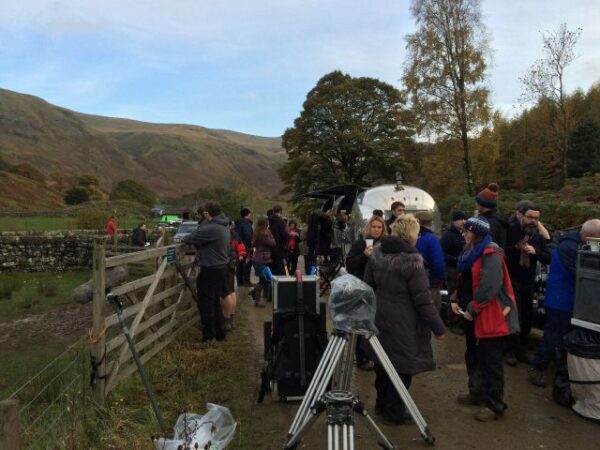 The A Word will depict the Hughes family as their life slowly begins to unravel after their youngest son is diagnosed with autism, and will star Christopher Eccleston (Doctor Who) and Vinette Robinson (Sherlock).

Writer Peter Bowker explains: “we have the opportunity here to make something funny, tough, realistic and inventive about contemporary family life and autism. In a society where imperfection increasingly comes with blame attached, it seems timely to look at how autism is regarded both within a family and the wider community – and to give some insight into how that experience might be for the child on the autism spectrum. It’s a drama full of ideas – about parenthood, about disability, about communication, about community – and will emphatically engage an audience whatever their experience of the subject.”

Regarding filming on location in the Lake District, Phil McKay of Lakeside Castings adds: “the filming has taken place around Coniston and Keswick… it represents a big chance for local people and it's nice to have a bunch of extras from all walks of life. It's good for them to get involved and have an insight of what's going on in their village… it's positive that the filming went ahead despite the floods that have affected so many people in the county, it gives them a boost.”

Television productions are attracted to filming in the UK as a result of the tax relief programme in place, which offers a tax rebate of up to 25% for productions with an eligible expenditure, regardless of what their overall budget is.

The Lake District has already featured in a number of popular productions, including the iconic horror film 28 Days Later and fairytale adaptation Snow White and the Huntsman, with the latter filmed on location in Langdale.