Written by Tom Deehan on Jan 5, 2016. Posted in Production News

The third season of ITV’s crime series Broadchurch has begun filming in the show’s usual location of Dorset, England. The production is currently shooting at a cliff top house near the West Bay which has been featured before on the show, after it was revealed that the house would be demolished at the owner’s request. 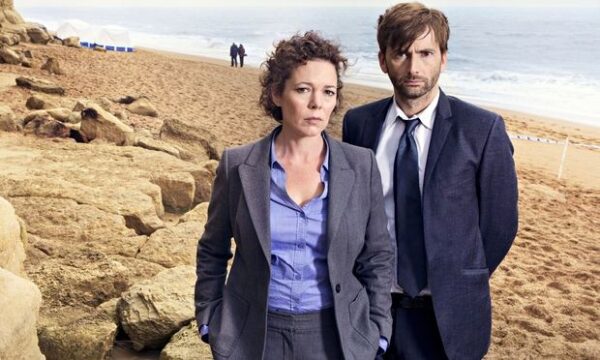 Broadchurch stars Doctor Who alum David Tennant alongside Olivia Colman as two detectives who are tasked with investigating the death of an 11 year old boy. The show has garnered a cult following and the production is usually hidden in secrecy when filming to prevent information about the plot from being discovered.

The plans to demolish the house have sped up the filming process, forcing the production to shoot earlier than expected. Edward Dyke from Symonds and Sampson, the family’s property agents explains: “the existing chalet is getting closer and closer to the cliff edge and there is a concern over the longevity of it... the family are concerned about that and want to move it back and re-erect it in a better location. They are hoping it will still look the same, but it will be in a different location.”

An American remake of the show was attempted in 2014, with the adaptation being renamed as Gracepoint. Gracepoint was filmed on location in British Columbia as the province offers a lucrative programme of incentives with up to 35% available in tax credits.

The UK currently offers a tax relief of up to 25% for television shows that pass a cultural test and have an eligible minimum spend of 10% within the country. Dorset has also seen attention from large scale film productions such as World War Z, and numerous period dramas including the recent adaptation of Thomas Hardy’s Far From The Madding Crowd.