Written by Tom Deehan on Jan 26, 2016. Posted in On Location / Production News

Comedy Central’s Detroiters to be filmed in its namesake city

A brand new television show from Comedy Central entitled Detroiters, is to be filmed on location in the city that the show is named after. The show was greenlit in October 2015 with a 10 episode season, with actor Jason Sudeikis acting as Executive Producer. 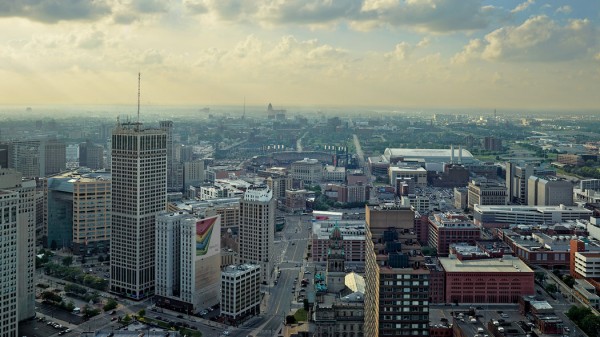 Detroiters will star Tim Robinson (Saturday Night Live) alongside Sam Richardson (Veep) as two residents with dreams to improve the city and return it to its former glory.

Jenell Leonard, Commissioner for the Michigan Film and Digital Media Office explained: “a production that bears the city’s name must be filmed in Detroit… of course, we know that because of increasing technology, productions can be made anywhere. That Detroiters will be filmed here speaks to the tenacity and spirit of Detroit.”

While the Michigan Film and Digital Media Office is fully operational, problems arose in July 2015 after Governor Rick Snyder signed a bill that deactivated Michigan’s film incentive programme. The programme used to offer a competitive 40% back in tax credits for residents of the state, and 30% for non-residents working on productions.

During the time that the incentive was in operation, Michigan was able to entice major productions such as Batman v. Superman: Dawn of Justice and Transformers: Age of Extinction. Since the incentive was repealed however, there has been a notable decrease in the number of productions looking to shoot on location in the state.

Detroit has suffered greatly as a result of deindustrialisation and the great recession of the late 2000s, but Comedy Central’s desire to film in the city could entice other production companies to follow suit.