Written by Tom Deehan on Jan 20, 2016. Posted in On Location / Production News

The upcoming comedy Drunk Parents is currently being filmed on location in New York. Filming began on January 13th, and stars Alec Baldwin alongside Salma Hayek with Fred Wolf (The House Bunny) directing. As of now it is unknown if the production will move to other possible locations. 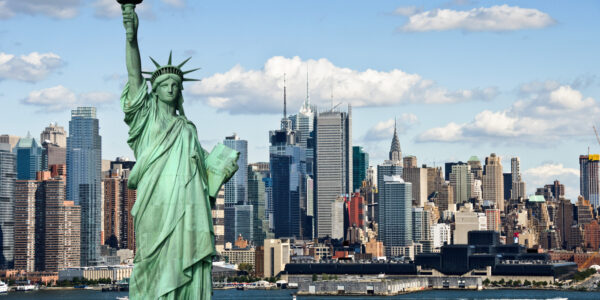 Drunk Parents will tell the story of a mother and a father who decide to get drunk on a night out after having dropped their daughters off at college, with disastrous results. Recent additions to the cast include Joe Manganiello of HBO’s True Blood, comedian Jim Gaffigan, and Bridget Moynahan of CBS’ Blue Bloods.

New York remains one of America’s most iconic and sought after filming locations. Entertainment provider Netflix has recently shot a variety of its programmes on location in New York City, including the Marvel produced Daredevil and Jessica Jones as well as their original comedy Unbreakable Kimmy Schmidt.

News also emerged on January 14th that the sixth season of Showtime’s Homeland will be shot in New York City. The show had previously filmed in multiple locations including Germany, Israel and North Carolina.

The state of New York currently operates the Film Tax Credit Programme which offers up to 30% back to productions with an eligible expenditure, alongside an additional 10% and 5% for incurred labour and post-production expenses respectively.

Drunk Parents is a coproduction between Bron Studios and Fortitude International, with involvement from CW Media Finance. Despite production being underway, a release date for the film has yet to be announced.