From working as a Location Scout, a Location Manager and now more recently becoming a Production Executive for locations, it’s fair to say that Markus Bensch knows his way around the industry. 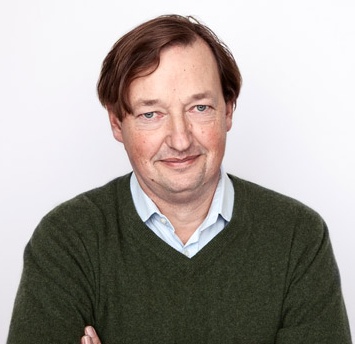 His breadth of work includes The Bourne Supremacy, The Hunger Games: Mockingjay part 1 & 2, and Steven Spielberg’s Bridge of Spies. TLG sat down with Markus to discuss the Cold War Drama and what it’s like to film in Germany’s capital city.

What locations did you use for the film?

After the team finished the New York portion of the film, Spielberg and his crew came over to Berlin to shoot all the sequences that are set in Berlin and Moscow in Bridge of Spies. These scenes included the following locations:

Why were these locations chosen? 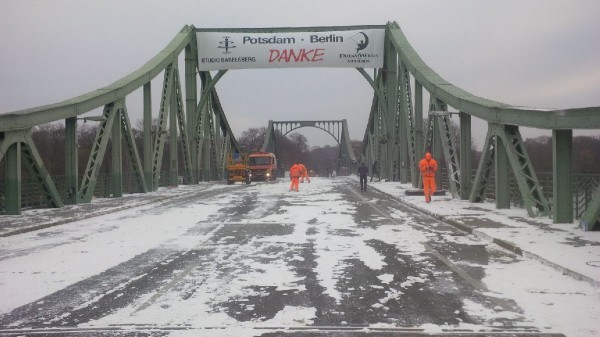 When I read the first draft of Bridge of Spies in April 2014 it was absolutely clear that we would need to get the real bridge (Glienicker Bridge) which is one of the main connections between Potsdam and Berlin. I had to come up with a plan how to convince all the authorities that it would be a good idea to give us full control of the bridge for at least three days, and after we got more details from the Assistant Director and the Art department it became clear that we needed a full closure for five days, which we eventually got.

We stopped counting after we had identified 23 different authorities who are involved with that particular bridge (federal highway and waterway authority, federal states of Berlin and Brandenburg, various conservation and environmental authorities, etc.). It obviously helped that it was a Spielberg/Hanks film but without my colleague Sabine Schulmeyer and the very cooperative local authorities here in Potsdam and Berlin, we could have never achieved it.

Another tough one to get was a filming permit for the former Stasi (East German secret police) prison in East Berlin which is now a memorial site. Usually all requests for shooting permits are denied as it is a place that has a sensitive history that still resonates with a lot of people. What really helped us there were the project’s ties with Frederick Pryor, who was imprisoned in Hohenschönhausen after the Stasi had caught him in 1961. They knew his story and the wholeheartedly supported the film.

Adam Stockhausen (Production Designer) wanted to show the bright and shiny side of West Berlin as opposed to a very grey and depressing east side. Interestingly enough we found some locations in East Berlin which represent West Berlin in the finished film (Kino International doubling for the Hilton Hotel) and some places which depict Russia and East Berlin in what used to be West Berlin.

The most difficult locations to find were definitely the streets for the building of the Berlin Wall and the Checkpoint Charlie area. We needed a long stretch of an inner-city street which could be fully controlled for at least two weeks - ideally cobblestoned and no apparent buildings with bright colours which is almost impossible to find in Berlin. 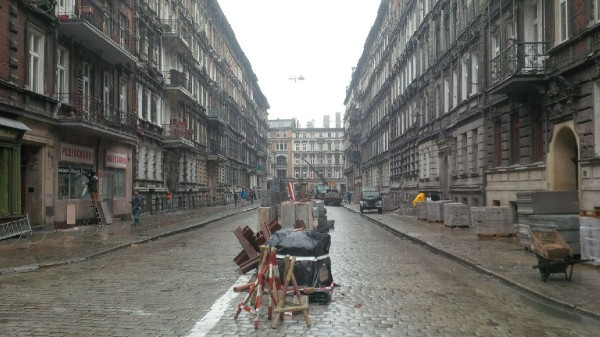 In this case I was really lucky that I came across a printed photograph of an interesting looking city street fitting the description which had been sitting in a pile on my desk for years, and I had a vague memory that I had taken that picture on a private trip to Wroclaw/ Poland over 10 years ago. I emailed it to the Wroclaw Film Commission asking if this street was the one I remembered and as it turned out my memory had not failed me, they recognised the street. A couple of days later I was in Wroclaw and found all the locations that ended up in the film within an hour.

Did you come across any technical challenges?

What I really liked about this film was the lack of surprises. Everything was extremely well communicated, planned and executed accordingly - this makes life in the location department so much easier but there were challenges to overcome.

During our shoot at Glienicker we had to keep an emergency lane open on the bridge. We had to stop filming three times to let emergency services through, which I personally do not mind and it´s always good to put film making into perspective. There are more important things in life than shooting a film.

Another big challenge on the bridge was preventing the over six tons of artificial snow (provided by Snow Business) to blow off the bridge into the water underneath. Snow Business achieved that with a mixture of foam and textile snow. We were lucky that there was only a light breeze during our prep/shoot period so that didn’t happen. Eventually we just called in the road sweepers and got a rid of the stuff in an environmentally friendly way.

What was your reaction to the immense critical success of the film, particularly with award nominations? 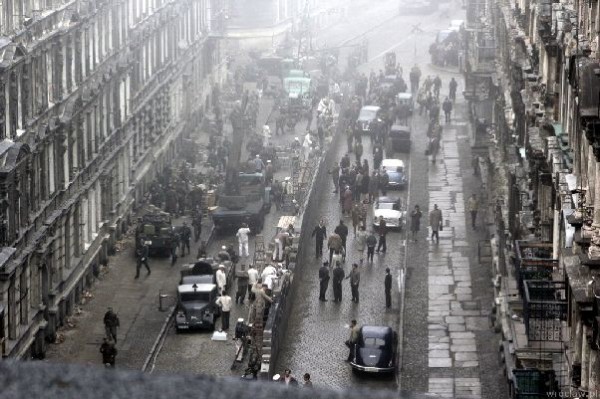 I always feel blessed and honoured to be able to work with people like Steven Spielberg, his AD Adam Somners, Production Designer Adam Stockhausen and DOP Janusz Kaminski, they’re a wonderful group of people. The underlying idea of the whole project is that everybody deserves a defense which is something people tend to forget sometimes in our modern society.

I think there is hope if people like and respond to this idea which is really a very good thing. Generally speaking it is just nice to see that people appreciate what we have accomplished and I wish everybody nominated the best of luck - they surely deserve it.

What projects are you working on now?

We are currently shooting an international TV series called Berlin Station for Paramount TV, and I’m also working on the second season of Sense8 alongside various other feature films that I’m afraid I can’t talk about yet.