Written by Tom Deehan on Feb 26, 2016. Posted in General Interest / On Location

The city of Senoia, Georgia has seen a massive increase in tourism since being featured as a major location on AMC’s popular television series, The Walking Dead. The city has been used for multiple set pieces within the show, but its most iconic representation has been as Woodbury, a safe haven from the zombie apocalypse which was shot in Senoia’s Main Street. 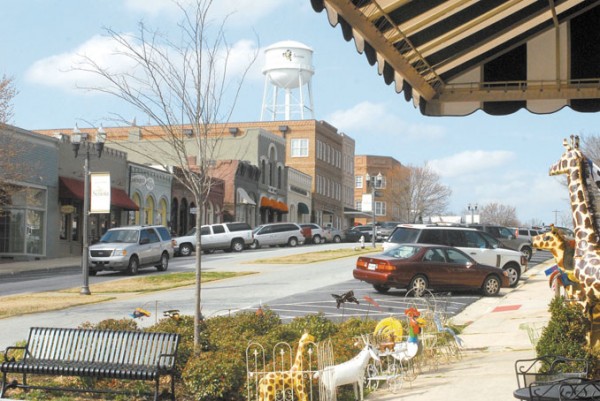 The Walking Dead, which now has an average viewership of 14 million people has been filmed on location in Georgia ever since it first aired in 2010. Portions of the first season were filmed in Atlanta, but the show has since moved away from the state capital and into other locations.

Deputy Commissioner of Georgia's Film, Music and Digital Entertainment Division, Lee Thomas explains: “Senoia has become a shining example of what Georgia’s film tax incentives were designed to do… tour companies run full buses and walking tours through the area; The Walking Dead fans fly in from across the world to see Senoia, and they spend their dollars in Senoia and in Georgia. And while The Walking Dead is the main attraction, other local businesses also benefit, from grocery stores to hotels to small shops and boutiques. It’s driving economic development through film.”

Scott Tigchelaar, President of Senoia Enterprises and Raleigh Studios added: “a television series like The Walking Dead probably spends USD50 million per year on their show… that's USD50 million that's being spent in Georgia and not somewhere else.”

Prior to filming, Senoia’s Main Street occupied only a small number of businesses but now boasts over 50, one of which includes The Waking Dead Café.

Georgia has become one of the most popular filming locations in the United States as a result of its competitive financial incentives. The state offers up to 30% back in tax credits to productions that incur a minimum spend of USD500,000. These incentives have attracted such productions as Marvel’s Ant-Man and Alvin and the Chipmunks: The Road Chip.