Written by Tom Deehan on Feb 10, 2016. Posted in General Interest / Interviews / On Location

An inside look at filming in Uzbekistan with Alyona Pimanova

When looking for possible filming locations, it is difficult to imagine that the nation of Uzbekistan would be at the top of anyone’s list and yet it has proved itself to be a viable option in some cases. Alyona Pimanova and her production service company Munro Productions have proved this by filming on location in the former-Soviet nation. 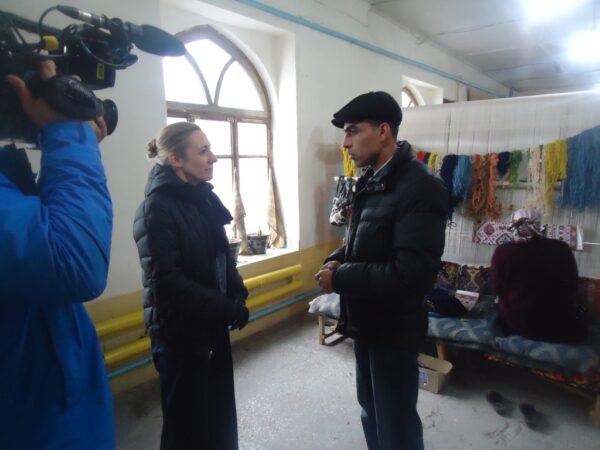 Alyona recently took to the country to shoot a segment for TV5's World Markets, which showcased Uzbekistan’s Chorsu market and Silk Road. We spoke to Alyona to understand what Uzbekistan has to offer and what procedures are used for filming there.

“Before going to film in Uzbekistan, keep in mind that you need a minimum of three months to get accreditation to film on their territory. Whilst you’re there, you will need a local tour guide to accompany the team as these are government connected tour companies and are a must for obtaining permits.”

“It should go without saying but respect local customs. Although Uzbekistan has a degree of diversity when it comes to religion, it is still recommended that women cover up. It may not be as strict as many other places but it is worth keeping in mind.”

“Check your vehicle before you travel. For example, the trip from Tashkent to Fergana Valley (known as a place for silk production) takes around six hours by car and it can turn into a nightmare for the crew if the car is not right, like a low rider car with two extra seats in the middle. Touristic agencies tend not to consider such details when supplying vehicles.”

“Bring USD, they are more preferable than EUR as they can be exchanged with ease at establishments such as banks or hotels. The crews have to obtain a special journalist visa which can be distributed after they have received accreditation from the Ministry of Foreign Affairs. Overall it takes about three months takes to get accreditation and two weeks to get a mass media visa sorted.”

“Be aware if there are any vegetarians in your team, we didn’t realise until it was too late that local cuisine dictates that even vegetables be cooked in lamb fat, which led to some unhappy crew members. One final note, Uzbek people tend to be fairly curious and when they saw our camera they stopped what they were doing and walked in front of it. Others gathered around to look at the monitor screen and our crew suddenly grew from four people to ten!” 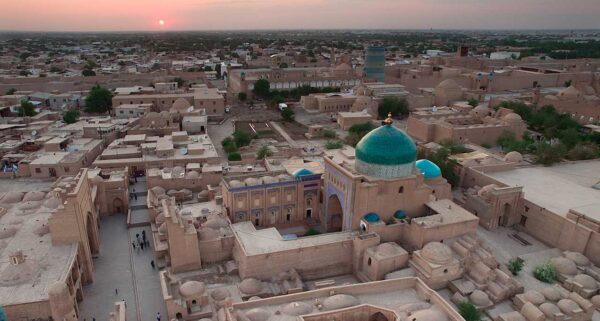 Alongside Munro Productions, Uzbekistan features a number of production service companies to aid potential projects will filming on location. One such company is Emerge Film Solutions which offers fixers, cameramen, sound operators and other services. The company recently serviced the BBC’s travel show Meet the Stans, which saw host Simon Reeve travel through central Asia.

At present, Uzbekistan is without a programme of financial incentives for inbound productions but it should be noted for consideration that it is inexpensive to hire local labour.