Ukraine is set to install its own system of film incentives after the draft law, “On State Support of Cinematography in Ukraine” was passed by the country’s government on January 28th. The incentive is expected to be a 25% cash rebate that should launch in late April to coincide with the 2016 Cannes Film Festival.

It is predicted that this new system will drive UAH2.5 billion (USD92.4 million) into Ukraine’s economy over a period of five years. Part of this income can be attributed the higher number of international films expected to shoot on location within the country once the rebate is in operation. 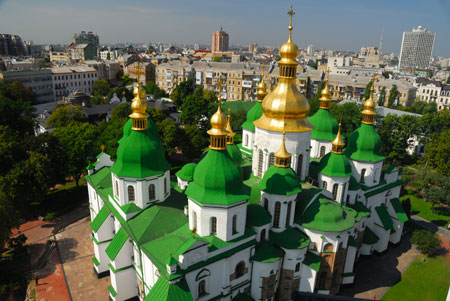 While Ukraine has had a thriving film industry on a national scale, very few English language productions have shot there. The most successful feature films to emerge from Ukraine in the last few years have been the Soviet-era drama The Guide and the psychological thriller Delirium.

Ukraine joins a list of other European countries that have recently announced plans for a film incentive, including Portugal and Estonia. While the details of Portugal’s incentive have yet to be released, the system will operate in the form of tax credits and require a minimum spend of EUR1 million whereas Estonia will offer a highly competitive 30% cash rebate.

News also emerged this week that Switzerland will offer financial support to regional productions to the amount of 20%. The funding available through this scheme will be capped at CHF600,000 and applications can be submitted from May 1st 2016.

The implementation of these new incentives could lead to a more competitive European film industry in the same vein as the United States, which currently has multiple states trying to appeal to production companies.