In their latest commercial for Yves Saint Laurent, Production Service Company Jacaranda Films have used the Chilean city of Santiago and its surrounding area as their main location. With offices in Argentina, Uruguay and Chile, Jacaranda Films specialises in the South American region and has serviced commercials for companies including Hershey’s and Coca Cola 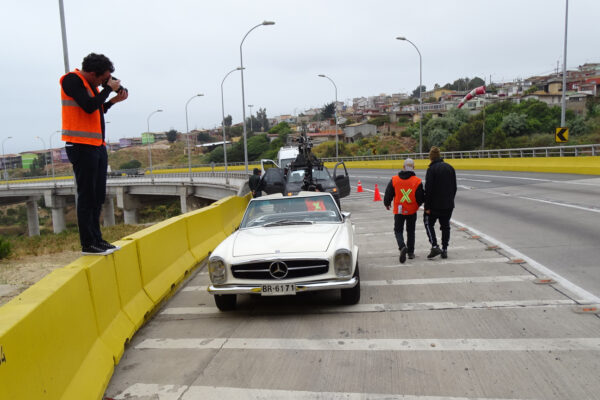 Chile has become a popular location for international productions as it offers not only a tax exemption of up to 19%, but general costs are relatively low when compared to other countries. A deal was recently reached to remove mandatory buyouts for Chilean talent, a change that is expected to boost the country’s film industry in the months to come.

Jaracanda Films’ spot for YSL depicts a young man driving through various locations in Santiago whilst unbeknown to him, there is a young woman exploring his apartment.

We spoke to Executive Producer Rémi Noiriel to understand the filming process behind this commercial, as he explains: “the shoot took four days, with around 120 people on the crew each day. Three of those days took place in Santiago city and among the locations we used there were major streets, tunnels and the interior and exterior of a building called Club de la Union (Club of the Union), which was built in 1874. The Club of the Union is characterized by its French style of the early twentieth century. The harmony and elegance of its infrastructure make it one of the most beautiful buildings in Chile.”

“The challenges we had to face over those three days were mostly about coordinating lock-offs with the local police for streets and tunnels to achieve those amazing shots of the car driving alone over the city. Those tunnels are the arteries of the city which made it difficult to obtain permission, but with the right coordination and compromise from both sides, we were able to have a great performance and help from the local authorities.” 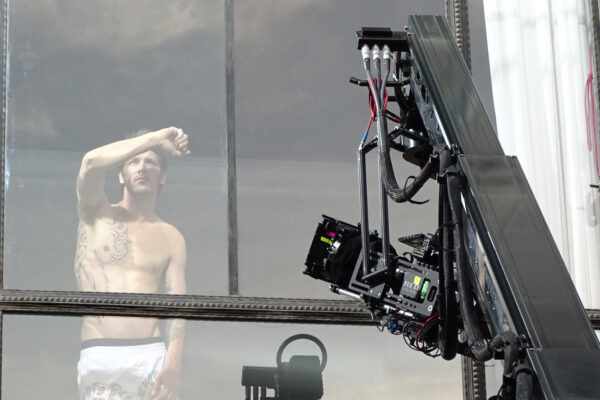 “Our fourth day, was shot in Puente Camino la Polvora, 80km from Santiago in the Valparaiso area. It is also a very crowded highway which represented a challenge to lock-off but we had permission to completely block it. After a lot of previous rehearsal, we were able to shoot with a Russian Arm and drones to capture all of the shots you see next to the ocean.”

“An interesting story from the shoot is that despite hiring a precision driver for the stunts and the U-turn in the middle of the highway (which had to be filmed with all the gear in a short period of time), our amazing protagonist Vinnie Woolston did it himself as you can clearly see on the shot, which imprinted an amazing effect on the commercial.”