Written by Tom Deehan on Feb 23, 2016. Posted in On Location / Production News

Both Serbia and Japan are featured as major locations in the upcoming horror film The Forest, set to premiere February 26th. The film’s namesake location is Serbia’s sprawling nature reserve Tara National Park, doubling for the Aokigahara Forest in Japan. Japan’s Narita Airport and London’s Highgate are also used, with the latter operating as the protagonist’s home.

Production Service Company Work in Progress provided assistance with the Serbian portions of filming, while Twenty First City was used for scenes pertaining to Japan. 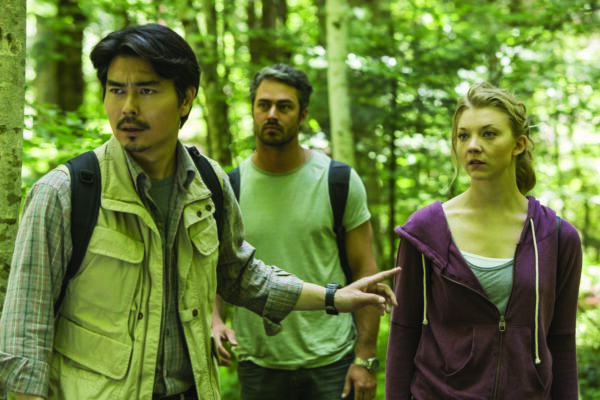 The Forest stars Natalie Dorman (Game of Thrones) as Sara Price, who sets out to locate her twin sister Jess after receiving a phone call from Japanese authorities informing her that Jess was last seen entering the Aokigahara “Suicide” Forest.

The Aokigahara Forest is notorious for being a hotspot for suicides, as 54 accounts were reported in 2010 alone.

With regards to the location, Producer David S. Goye explains: “the Japanese government absolutely would not let us do it; they were worried about us encouraging copycats and things like that… so we looked all over the world for forests that were on the same latitude, and we found one to our surprise, in Serbia. We had no idea whether or not we could even find a crew in Serbia, but it turns out there’s some pretty good crew [sic] there.”

In August 2015, Serbia adopted a 20% cash rebate which in the case of feature films, requires a minimum spend of EUR300,000 to access. Japan on the other hand is currently without a formal film incentive programme but alternatives are available.

A majority of Japan’s film commissions offer extras free of charge, with the only requirement being that they are provided with adequate meals during production. Some commissions also waiver fees on various expenses, such as Aichi Prefecture which allows exemption from having to pay for street filming permits.

In recent years, Serbia has catered to a number of Hollywood productions including the action films Everly and The November Man, both of which were shot on location in Belgrade. Due to the lack of film incentives, international productions tend to double other locations for Japan such as the Isle of Skye for 47 Ronin starring Keanu Reaves. The country did see success with 2013s superhero flick The Wolverine however, which filmed in Tokyo and Tomonura.