Written by Tom Deehan on Feb 9, 2016. Posted in On Location / Production News

As was to be expected, the 2016 Super Bowl brought with it a slew of commercials that featured a variety of advertising concepts including talking skittles and singing sheep. Included in the mix was a spot for the 20th anniversary of the Pokémon franchise, shot by production service company Ocean Films on location in Rio de Janeiro.

Celebrating a milestone such as this for one of the most widely recognised franchises of all time is no small task, so we spoke to Cristian Marini of Ocean Films to understand how they went about it.

He explains: “the entire spot was filmed in Rio de Janeiro. We shot in the Curicica favela, Rio de Janeiro State University, the HSBC arena, the National Park Floresta da Tijuca, and at various bars and apartments. All the casting was done in Rio too, which allowed us to depict a mix of ethnicities as you can see in the finished product.” 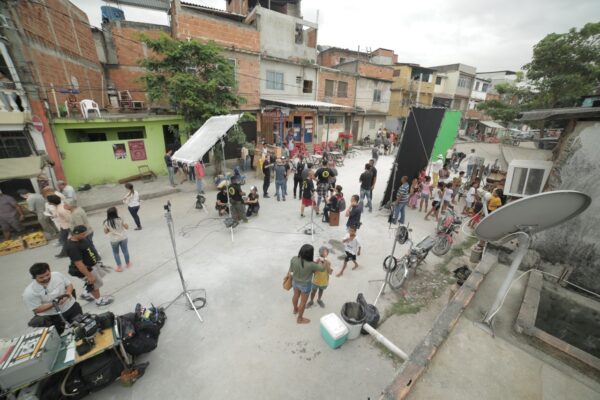 “While there weren’t any overbearing challenges to face, we did need to work closely with the post production supervisor during the shoot because there was a lot of post production that needed to be done by Los Angeles based Digital Domain.”

In the last year the value of Brazil’s national currency (BRL) has weakened significantly, meaning that foreign currencies such as USD, EUR, and GBP have become stronger against it. This has allowed Brazil to become an even more affordable filming location.

While Brazil is currently without an incentives programme aimed at international producers, there are a number of options available at the regional level which can be accessed by entering into a co-production. The details of the incentives can be negotiated via the Rio Film Commission.

Ocean Films is a member of the Global Production Network, an organisation that represents production service companies from around the world.