Written by Tom Deehan on Feb 1, 2016. Posted in On Location / Production News 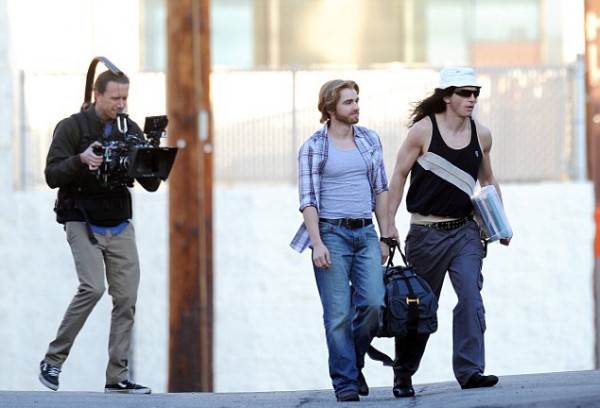 The Disaster Artist is an adaptation of Greg Sestero’s non-fiction book of the same name, which in turn in is a detailed account of his work on the notorious cult film The Room. Since its release in 2003, The Room has gone on to claim a large fan following, being labelled as the ‘Citizen Kane of bad movies’.

The film features an all star cast including James and Dave Franco, Seth Rogen, Bryan Cranston, and Sharon Stone to name a few.  The project is a joint production by companies New Line Cinema, Point Grey Pictures, and Good Universe.

The Disaster Artist is one of the few major feature films that were shot on location in LA in 2015. While the city’s film industry saw a profitable year overall, there was a decline in the number of feature films shooting on location whereas television productions saw a gigantic increase, particularly with TV comedies.

LA’s neighbouring city, Santa Clarita has had a similarly excellent year after hosting a list of high budget productions including Ted 2, Agents of S.H.I.E.L.D. and Straight Outta Compton.

A major influence on these successes is the competitive film incentive programme offered in the state of California. Eligible feature films and television shows can receive tax credits of up to 20%, and 25% for independent films and relocating TV shows. The 20% rate can also be boosted via a number of 5% increments that are obtained by meeting special criteria, such as filming at least 30 miles outside of LA.