Written by Tom Deehan on Feb 11, 2016. Posted in On Location / Production News

In conjunction with production company The Ink Factory and AMC, the BBC’s upcoming drama The Night Manager was filmed in multiple locations around the globe, including Zermatt, London, Majorca and Morocco. The show is a contemporary adaptation of John Le Carre’s espionage novel of the same name, first published in 1993. 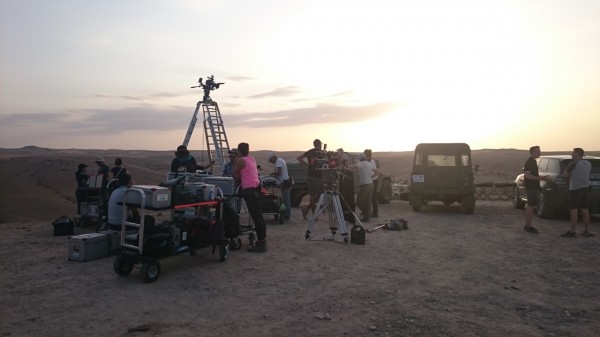 The miniseries, which will be comprised of six episodes, stars Tom Hiddleston as Johnathan Pine, an ex-soldier who is tasked with taking down international businessman Richard Roper, played by Hugh Laurie. Le Carre’s narrative is partially inspired by his own exploits as a member of the British Secret Service during the Cold War.

The Supervising Location Manager for the show, Tom Howard explains: “The Night Manager is set in Switzerland, London, Cornwall, Turkey, Egypt, Majorca, Madrid, Monaco and Washington. With only ten weeks preparation we had to move very quickly with selecting the locations. We used Morocco to depict Turkey and Egypt, Mallorca for the Mediterranean countries and the USA, Devon as Cornwall and London as itself and an interior of the Zermatt Hotel. At every step we made sure to use each country to its full potential, even filming a Washington CIA office in Palma!”

At present Tom is working on the upcoming FX and BBC drama Taboo, starring Tom Hardy. The show is currently being filmed in Essex and is expected to move to London at some point in the production.

He continues: “locations were selected to make the story feel big, global in fact. To reflect the world we get to peek into via our night manager; a world of extreme wealth where villas are the size of small villages, hotels become homes for the mega rich and Michelin restaurants are a regular night out. Right from the start the director Susanne Bier wanted it to look cool, dramatic and expensive, so the Zermatt ski resort we used is the finest we could get to, the Cairo hotel where we start our story was the best in Marrakech and the landscapes were always dramatic from Atlantic cliffs to Moroccan mountains.” 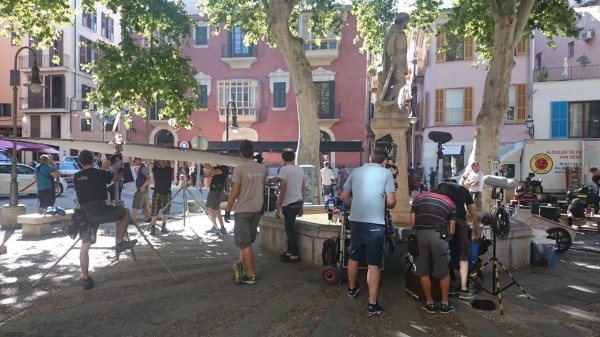 “One of the tougher challenges we had to face was the transportation of equipment, specifically from London to Majorca. We were unable to find sufficient flights for that journey so instead we flew to Morocco and drove the gear to Majorca from there. It was done mainly for makeup equipment and it certainly wasn’t an easy route.”

“Our hero building is the Es Saadi Resort where the Night Manager himself works. The resort is a luxury hotel with 83 suites, and we were only able to get the location on the agreement that it also be used as the hotel for the crew. We spent about three and half weeks there and were allowed to make changes to the various resort to match what we wanted. It became quite funny when regular guests thought they were at the wrong building when they saw a different name above the building, we had to reassure them that they were in the right place!”

Simon Cornwell of The Ink Factory added: “working with AMC to deliver The Night Manager to US and Canadian audiences is a huge privilege. AMC has established itself as one of the great innovators in television in the 21st century, and alongside the BBC we believe they are the best possible partners to support this incredible project.” 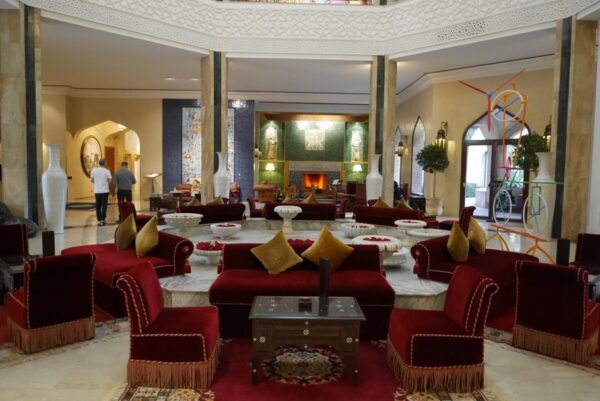 By filming on a global scale, The Night Manager will have received a wide variety of filming incentives. Switzerland is currently without an incentive programme but the UK offers a 25% tax rebate whereas Spain offers a rate of 15%. At the end of 2015 Morocco introduced its own incentives system with an available cash rebate of up to 20%, after the scheme had been in development since 2014.

The Night Manager will air February 21st on BBC One.