Written by Tom Deehan on Feb 25, 2016. Posted in On Location / Production News

Three Billboards Outside Ebbing, Missouri to film in North Carolina

An upcoming film directed by Martin McDonagh (Seven Psychopaths) and starring Academy Award winner Frances McDormand (Fargo) will be shot on location in Sylva, North Carolina. While details about the film’s plot have yet to be released, Three Billboards Outside Ebbing, Missouri has been labelled as a crime film, a genre that McDonagh has previously visited in the film In Bruges. 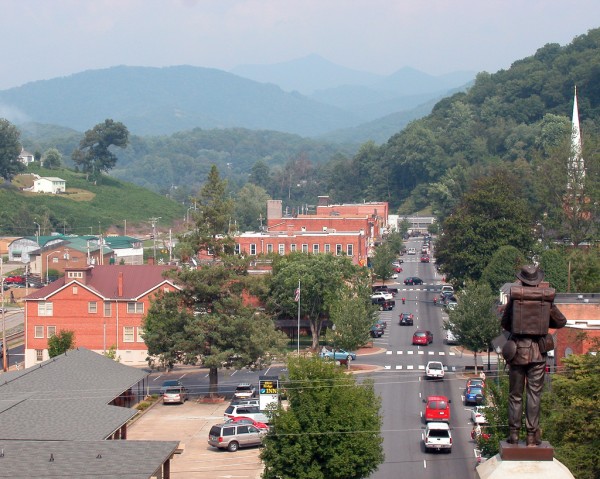 As filming begins on April 25th for a period of 34 days, Three Billboards will be the first major production to shoot on location in Sylva since 1993s The Fugitive starring Harrison Ford.

At a town meeting in Sylva to discuss filming, McDonagh explained: “I’d like to promise that we’ll make a great film that everybody can be proud of, that will show Sylva in a great light to show how great it looks, and that you’ll be not too inconvenienced but once it’s all over be really proud of what we made together.”

With regards to why Sylva was chosen, Location Manager Robert Faulkes added: “North Carolina had recently brought back their tax incentives, but that gave the incentive to the production company to want to come here… we weren’t necessarily sold on anything we had seen in any other states, and we jumped on the chance.”

North Carolina’s film incentive programme previously operated by allocating tax credits, but since January 2015 the programme has shifted to offer a 25% grant rebate with an annual cap of USD30 million. The required minimum spend varies between types of productions: USD5 million for feature films, USD1 million per television episode and USD250,000 for commercials.

In recent years North Carolina has seen a steady flow of productions filming on location in the state, with examples being the science fiction series Under the Dome and the teenage comedy-drama Paper Towns, which were filmed in the Wilmington and Charlotte regions respectively.