Written by Tom Deehan on Mar 30, 2016. Posted in General Interest

As part of a collaboration between Production Service company twofour54, Broadcasting Company MBC (via their subsidiary O3 Productions) and Abu Dhabi Ports, the United Arab Emirates capital has expanded its local studio facilities with the implementation of the city’s first backlot. The allocated land for the set is located in the Khalifa Industrial Zone and is owned by Abu Dhabi Ports. 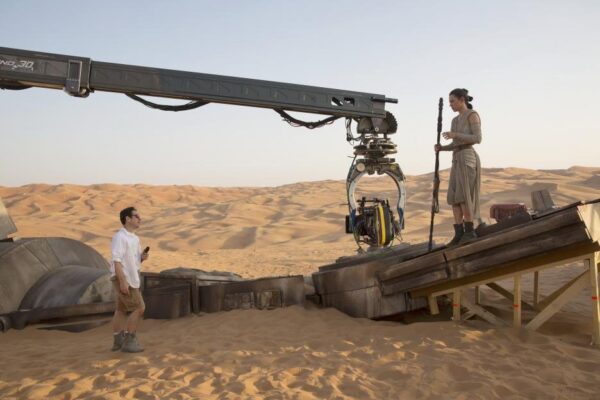 Media hub twofour54 will lend its production service expertise to the endeavour as the company already operates multiple studios throughout Abu Dhabi and across the UAE, having previously worked on high profile productions such as Star Wars: The Force Awakens (pictured right) and Furious 7.

A spokesperson for twofour54 explained: “the 4,000 square-metre outdoor set is located at Khalifa Industrial Zone and takes the shape of a neighbourhood in Jeddah, Saudi Arabia, in the late 19th century, centred around a piazza with shops, a mosque and houses… O3 Productions will use the backlot to film the 30-episode drama, Haret El Sheikh, which is written by Bandar Bajbaa and directed by Al-Mothanna Sobah… the production has more than 60 stars from the Gulf, including Mohamad Bakhsh, Jamil Ali, Abdelmosen Al Nemer and many more famous names of Hijazi drama.”

The introduction of a dedicated backlot will provide productions with a safer alternative to filming on location in areas throughout the Middle East, and will bring Abu Dhabi’s studio facilities closer in line with what is offered in Hollywood and the United Kingdom.

Abu Dhabi has an established reputation as a major filming location, partly due to the city’s incentive programme which offers a 30% cash rebate to film, television and commercials productions.