Written by Tom Deehan on Mar 23, 2016. Posted in On Location / Production News

Filming begins in Oklahoma for Children of the Corn: Runaway

Filming is now underway for the upcoming horror film Children of the Corn: Runaway with the production shooting on location in Oklahoma City, the state’s capital. Runaway will be the tenth instalment in the long running film series based on Stephen King’s original short story of the same name, which sees the children of a small town become possessed and driven to murder. 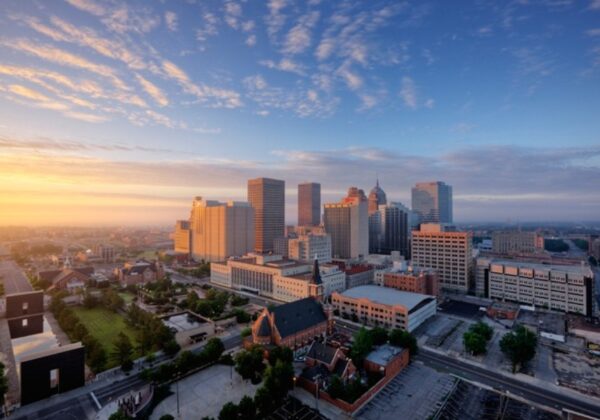 The film will be directed by John Gulager (Piranha 3DD) and will follow the tale of Ruth, a young mother-to-be who is on the run from a cult of murderous children.

Producer Mike Leahy explains: “given the opportunity to make two back to back horror films, I chose Oklahoma because of the amazing talent and support I found on my first film here, Great Plains. Working with the same group of people three times in a row is unique in today's economy, but Oklahoma has proven to be one of the first places I consider when budgeting a film.”

Runaway marks Leahy’s third time filming in Oklahoma after his two previous films, Great Plains and Judgement were shot on location in the state.

Tava Maloy Sofsky, Director of the Oklahoma Film and Music Office adds: “we are thrilled to work with Strike Accord again. To have a producer bring three films to Oklahoma in less than a year is a testament to the effectiveness of our state's incentive program and speaks volumes about the talent and production value our local cast and crew members bring to film productions working in Oklahoma."

Oklahoma offers a highly competitive film incentive programme which distributes rebates of up to 35% to individual productions, with a required minimum spend of USD50,000. An additional 2% can be obtained if a production utilises the state’s music industry. Runaway has qualified for the full 37% rebate.

Recent productions to have filmed in Oklahoma include William H. Macy’s Rudderless and the independent short film Running Deer.