In their latest commercial for Audi, Production Company Filmmaster has shot on location in the Al Hajar Mountains of the United Arab Emirates. The commercial uses a documentary style format, depicting a young football fan as he dreams of someday becoming a professional player. 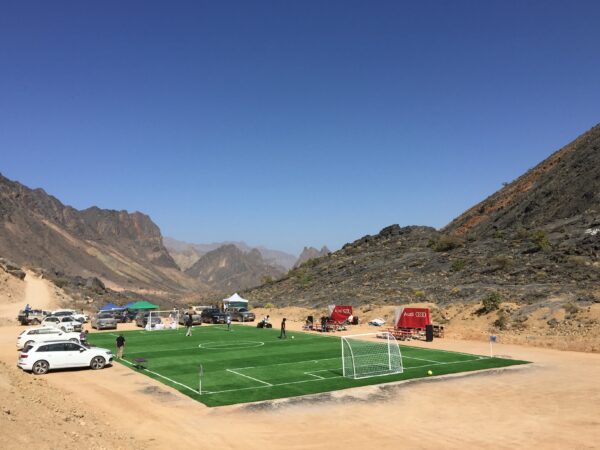 We spoke to Filmmaster’s Executive Producer Andrea Ciarla, as she explains: “firstly we had one week of research remotely, followed by four weeks of scouting in Oman to find the hero kid and the village, exploring many areas from north to south in the process. The scouting team was comprised of three members: a senior line producer, an Arabic location manager and an Arabic casting director. We shortlisted four villages and our final choice was made after an additional week of location scouting and interviews of the kids with the director.

“Finally we chose Balad Sayt. The entire village was very collaborative and participated in the project as we ‘invaded’ the village for one week during the shoot. Most of the crew slept in one of the local villas that also became our production headquarters. We shot for five days in order to catch the genuine emotions of the kid and as a result of the difficulties with filming the car in such a remote area, the construction of the football pitch took two weeks. 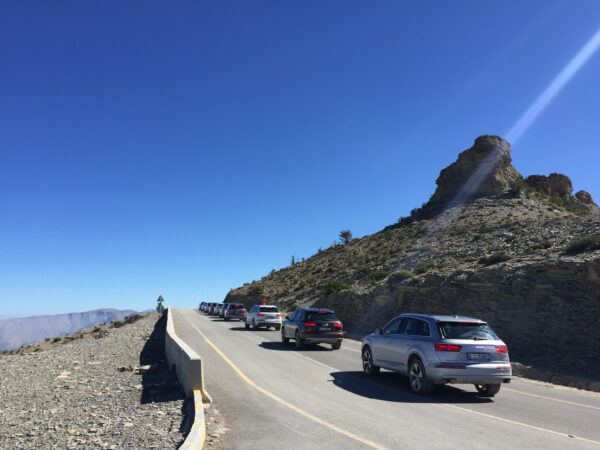 “Production wise we faced several issues because all our technical equipment needed to be brought in across the border from Dubai. Part of the equipment arrived by train, whereas cameras and drones were sent by plane to Muscat. The editing process has been quite complex as well, since we shot with two cameras and we had many hours of footage. The content drove the editing and before the cut we had to subtitle all the clips as the Director didn’t speak Arabic.”

The UEA is one of the more popular filming locations for commercials productions as its 30% cash rebate is one of the few in the world that extends to commercials. The rebate can only be obtained by productions that film in Abu Dhabi however, and requires that projects incur a minimum spend of USD25,000 to qualify.

Filmmaster’s previous UEA based commercial was a spot for Nissan Nismo which filmed on location in the mountains between Fujairah and Ras Al Khaimah.