Written by Tom Deehan on Mar 4, 2016. Posted in On Location / Production News

The streaming service Hulu will film its brand new show Chance in San Francisco, with Hugh Laurie starring as forensic neuropsychiatrist Eldron Chance. Flyers have been distributed by Location Scout Felix Gehm to find an apartment building to act as Chance’s main home. 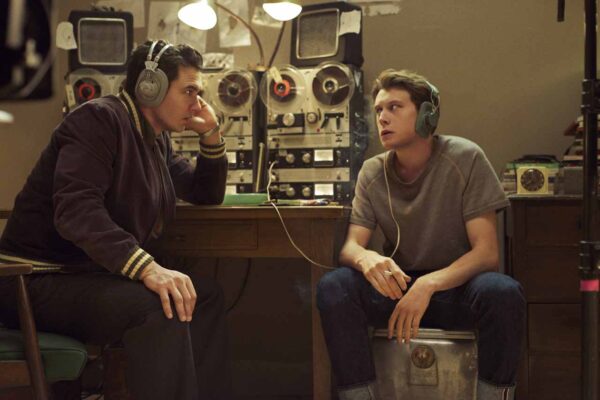 Based on the novel of the same name by Kem Nunn, Eldron Chance becomes sucked into a dangerous world of crime after a case of mistaken identity. Despite the first season still being in the preproduction stage, a second season of Chance has already been ordered.

Bert Salke, President of Fox 21 TV Studios explains: “it’s one of the rare situations when you have a burgeoning network that is saying, ‘we are going to plant our flag with this series’… it’s also a beginning of what hopefully will be a new business for us with new partners, making this an even more exciting time for content creators.”

Hulu is partially owned by 21st Century Fox, in conjunction with Comcast and The Walt Disney Company. The service provides an array of original content including the Stephen King adaptation 11.23.63 (pictured above), primarily filmed in Ontario, Canada.

Laurie, most recognisable for his role as Dr. Gregory House in NBC’s House, recently starred in the espionage drama The Night Manager which was filmed in Zermatt, London, Majorca and Morocco.

San Francisco is an incredibly popular filming location in part to the city-wide and state level incentives available for productions. These incentives include a tax refund of up to USD600,000 and 25% in tax credits for specific productions.

As an additional incentive, Film SF recently secured a deal to provide discounted rates for productions flying with Delta Airlines, for both domestic and international journeys to the city.