Written by Tom Deehan on Mar 8, 2016. Posted in General Interest

Film tourism has been cited as the main cause for propelling the success of Edinburgh’s hotel industry in recent years. The Scottish capital will soon overtake Dublin as the second busiest city for hotels and accommodation in Western Europe, with London currently sat at number one.

As part of an initiative to bolster Scotland’s tourism industry, Visit Scotland has produced a map of Edinburgh that details all of the major locations within the city that have been featured on screen. The map references such films as Cloud Atlas and One Day which were filmed on Princes Street and in Arthur’s Seat respectively. 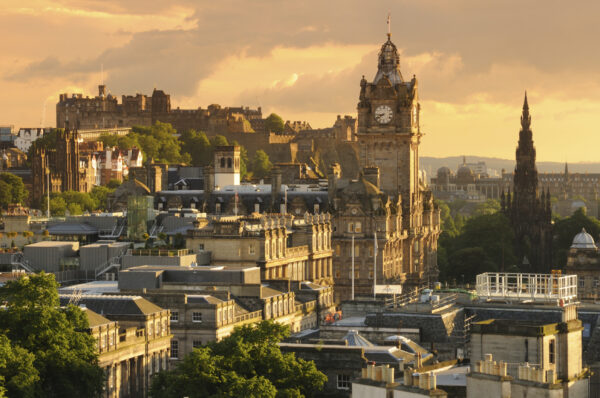 Outside of Edinburgh, the first season of Starz’s historical drama Outlander was shot almost entirely in rural Scottish locations. In accordance with the show’s popularity, Visit Scotland has created a separate map exclusively dedicated to the locations featured on the show, such as Dounce Castle and Hopestoun House.

Bruce Cartwright, Head of Business Recovery Services at PwC in Scotland notes: “it's encouraging to see Edinburgh and Glasgow continue to perform well - boosted in part by interest in a growing film and TV industry which has seen the likes of Outlander and other shows filmed here.”

He continues: “it's not just industry professionals driving this boost, with fans of shows and movies shot in Scotland coming here and using the central area as their hub for exploring further afield in the country… this fan-based tourism could continue to be an excellent benefit to the country as we see continued growing interest in filming in Scotland and potentially a more developed Scottish film studio.”

Despite having a successful film industry, Scotland has a minimal amount of studio space and continues to suffer as productions seek out other areas of Britain to complete filming. Mad Max: Fury Road Producer Iain Smith recently described the lack of studio space as: “a disgrace.”

The rise in film tourism to Scotland is expected to continue upon the July 2016 release of Steven Spielberg’s The BFG, which was shot on location in the Isle of Skye in August 2015.