Written by Tom Deehan on Apr 21, 2016. Posted in On Location / Production News

BBC’s The Hollow Crown: The War of the Roses filmed on location throughout the UK 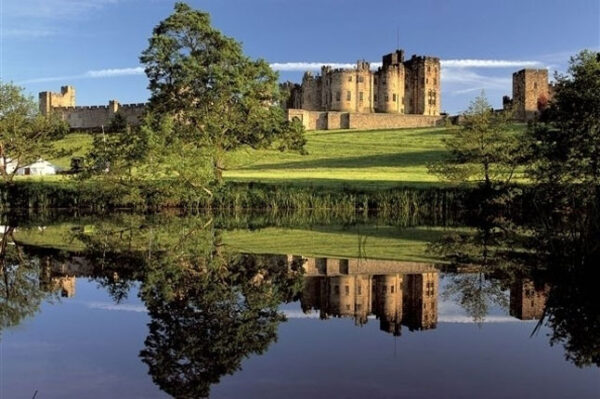 Previous episodes of The Hollow Crown have been filmed almost exclusively in Wales at such locations as Tenby and Pembroke Castle.

The series is an adaptation of William Shakespeare's English history plays which dramatise the lives of key historical figures from within the British Monarchy.

As the title implies, the upcoming episodes will recreate the War of the Roses, a period of turmoil in the 15th century that saw houses Lancaster and York fight for control of the English throne.

Ben Stephenson, BBC Drama Commissioning Controller explains: “building on the critical success of The Hollow Crown, this extraordinary cast and production team will raise the bar of British drama once more and build on BBC Two’s reputation for distinctive drama.”

Sam Mendes, The Hollow Crown’s Executive Producer added: “after the critical and popular success of the first part of The Hollow Crown - and seven years after we very first suggested the idea to the BBC… yet again we have assembled an amazing cast - led by Benedict Cumberbatch, Judi Dench, Hugh Bonneville, and Sophie Okonedo, amongst many others - under the direction of the hugely talented Dominic Cooke. I'm very excited indeed to see them all bring the rest of this astonishing story to life.”

Cumberbatch, who recently starred in Shakespeare's Hamlet at the Barbican Theatre, will portray Richard III. He joins the list of high profile actors to have starred on the show including Jeremy Irons, Tom Hiddleston and Sir Patrick Stewart.

High-end television productions are encouraged to film in the UK by the country’s tax relief programme, which offers a rebate of up to 25% for projects that pass a cultural test and incur a minimum expenditure of GBP1 million per episode.

Other productions to have accessed the rebate include The Night Manager and Taboo.

The Hollow Crown: The War of the Roses will air May 7th on BBC Two.