Written by Murray Ashton on Apr 14, 2016. Posted in Interviews

Ahead of the AFCI Locations Show, The Location Guide will be dedicating its news section from April 11th to 15th entirely to articles about filming in the West Coast of America. We got a chance to interview Susannah Greason Robbins of Film SF and discover the unique incentives and locations available to productions filming in San Francisco. 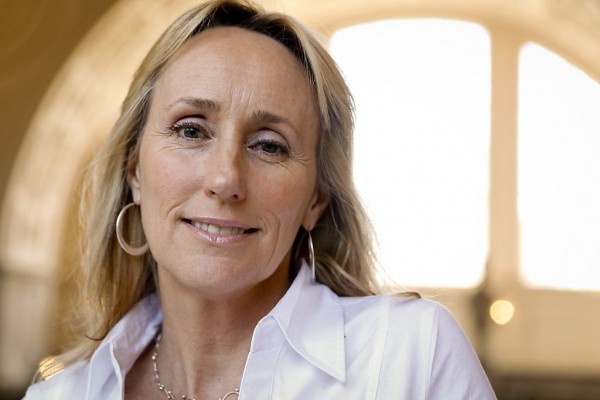 I worked in various production related positions while I lived in New York City, from Assistant Producer at Saatchi & Saatchi to an apprentice Sound Editor on a Kojak film to a PA on commercials and even a parking PA on a Woody Allen film. Prior to leaving NYC, I worked as an associate producer for a company called Videfilm Producers International, which produced documentaries for PBS’ American Masters Series. When I moved to California, I talked my way into a locations assistant job on the Joy Luck Club by offering to work for free for a week – and then I got hired.

I ended up working for nine years as a Locations Assistant and Location Manager on various features and commercials in the Bay Area until 2000. I left the industry to have kids but when my twins turned eight and I was thinking of going back to work full-time, I was told about the opening for the Executive Director job at the SF Film Commission. A Location Manager I had worked with on numerous films in the past had recommended me for the job. I was so fortunate to land an interview with the Mayor (Newsom) and then get the job.

What does this role involve exactly and how long have you been doing it?

I’ve been working with the Film Commission for almost five and a half years now. My role is to not only oversee the permitting of all productions which want to film on public property in San Francisco, but to also promote our scene with the San Francisco Rebate Programme and encourage productions to shoot here. Our office works as a liaison between ourselves and all of the governmental agencies which are involved in a shoot such as SFPD, the Port of SF, MUNI, as well as working with the neighbourhoods and merchants in the areas where crews are filming. 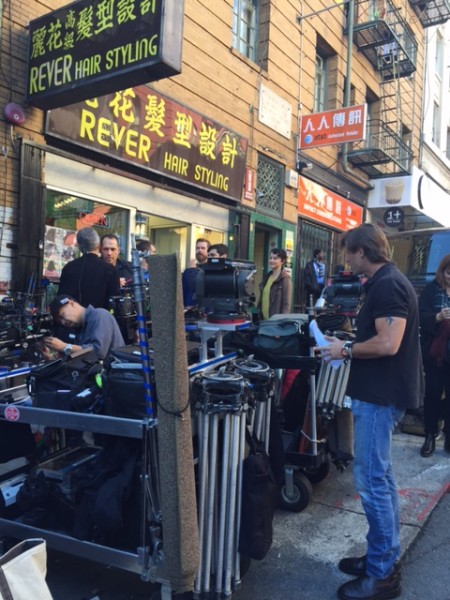 What do you enjoy most about being the Executive Director of Film SF?

What I like best about my job is to visit a set and see many of the people I worked years ago working on the crews of shoots here. I feel like the work I’m doing in trying to attract productions here is meaningful, because it’s providing jobs to these people I really care about. I also love seeing San Francisco on screen. I feel very proud of this beautiful city and love seeing it represented in the films, TV shows and commercials that shoot here.

What can you tell me about SF as a filming destination?

On top of being a beautiful city with amazing views and architecture, we are surrounded by water on three sides with the bay and the ocean bordering the city. We have incredible crews here in SF – very experienced, having worked with renowned productions like Milk, Steve Jobs, Blue Jasmine, The Pursuit of Happyness. After Woody Allen shot Blue Jasmine here, his producer Helen Robin had this to say about the experience: "filming in San Francisco does present its challenges, as does any city in the world, but I had a great crew and I've never had a better personal experience working with a film commission. Susannah and her team were always there for anything we needed and really understood our need for flexibility.”

Similarly, Danny Boyle said this after shooting Steve Jobs here: “what’s not to like about San Francisco? It’s one of the most cinematic cities in the world – the hills, the bay, the bridges, the mist that comes in and hides the city and then reveals the city – it’s so cinematic. It’s a delicious place to live and breathe and make a film. And the crews are great. To be able to make a film here is a privilege and a gift. I’d do it again in a flash.”

The iconic locations in San Francisco are Lombard Street, Coit Tower, Fisherman’s Wharf, the Ferry Building, City Hall and the Golden Gate Bridge, but there’s so much more. Productions love shooting in the Mission, the Haight, as well as Northbeach and Russian Hill.

What are the more unusual locations that San Francisco has to offer?

The Wave Organ on the eastern edge of the Golden Gate National Recreation Area definitely comes to mind. It’s made from stones that came from an old Gold Rush-era cemetery north of the city. If you walk out to the end, you can see San Francisco's skyline on one side and the Golden Gate Bridge on the other. As the waves rush in, they create incredible sounds. You can even find European architecture at the Legion of Honour, Beaux Arts mansions and apartment buildings on Nob Hill. 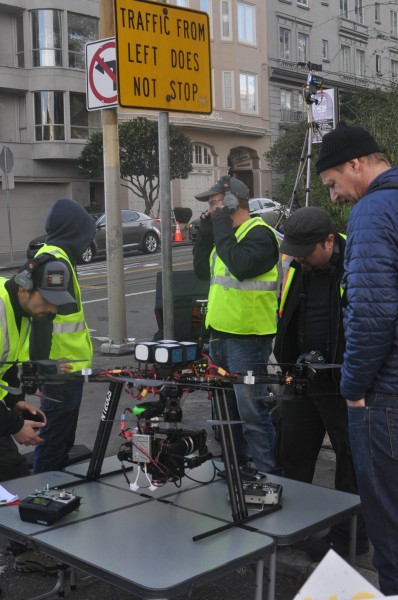 What locations worldwide can SF easily double for?

San Francisco has doubled for European locations many times, particularly during the filming of Philip Kaufman’s Hemingway & Gellhorn. Many locations in that film doubled for Spain, Finland, Cuba, New York and Shanghai. We have a traditional downtown with stone buildings and narrow streets that can play as New York or other cities.

Location Scout, Jim Baldwin once explained: “many come to our area to shoot ‘around the world’ without traveling far, shooting ‘Europe’ and ‘New York’ in the downtown area, especially in the winter months when creating autumnal looks, ‘Asia’ in the forests of the Presidio and on the streets of Chinatown, and coastal New England along our waterfront. Since there is no snow, and there are always green trees throughout the year, San Francisco has a year-round all-season look.

What are the advantages of filming in SF?

Our film office is here to assist you in any way you need. We basically hold your hand throughout the permitting and shooting process, setting up your police, parking, assistance with renting cable cars or getting street closures, and if any problems arise with acquiring locations then we are there to help you make the right connections to try to solve any issues.

What productions have used SF in the past two years?

How many ‘location shoot days’ did SF record for 2015?

Can you tell us about the SF film incentive programmes in place and how they work?

With the Scene in San Francisco Rebate, if your budget is less than $3 million and you film at least 55% of your production in SF or your budget is $3 million or more and you film at least 65% then you are eligible for a rebate on the following: city permit fees, four hired Police Officers per day, payroll tax, rent paid for production offices/stages and City-owned buildings and Street closures.

The Vendor Discount Programme provides an opportunity for production companies and their crew members to receive discounts while using the services of participating businesses and local merchants. Currently more than 100 local businesses are participating in the programme including 28 hotels, 13 restaurants, 2 major airlines, as well as a number of car rental agencies, entertainment venues and gift shops. 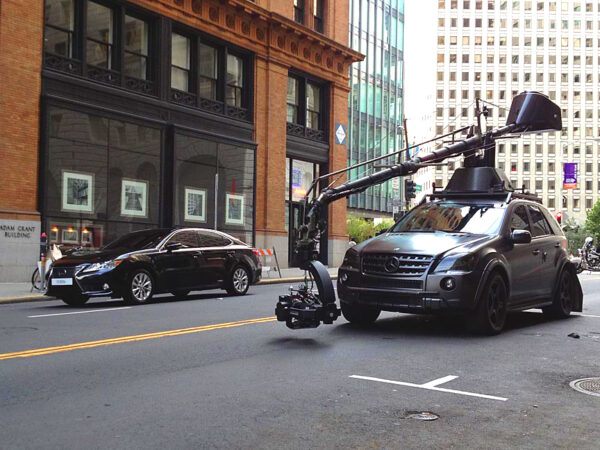 If you don’t want the fog, the best months are September and October. If you do want some, come any other time. We do have amazing weather, very consistent temperatures, and (unfortunately for CA) not a lot of rain!

Check out the amazing restaurants San Francisco has to offer, explore all of the incredible staircases in the City or hang out at Crissy Field and watch the windsurfers and kite surfers. Definitely take the tour of Alcatraz. Head out to the Wine Country which is a short drive away, or take an even shorter drive out to Marin and check out Muir Woods, Stinson beach and the top of Mt. Tamalpais for amazing views.