Production Service Company PIG China, in collaboration with Advertising Agency Interone Beijing has filmed their latest commercial for BMW’s M4 coupé on location in Shanghai. The commercial sees the M4 driven around a test track in Shanghai as the driver narrowly avoids various obstacles on the track. 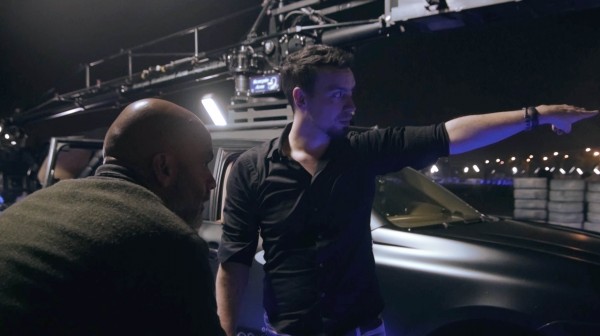 PIG’s previous commercials include a spot for Blackberry which was filmed in multiple locations throughout the world and a hugely successful piece for Holiday Inn.

Director Alessandro Pacciani explains: “we shot the commercial in Shanghai, that's where we had the whole ‘M series’ fleet available in those dates. We ended up shooting all cars but in this commercial you only see the M4.”

One of Alessandro’s previous spots for Nissan Nismo was filmed on location in the Fujairah Mountains of the United Arab Emirates. The UEA offers a cash rebate of up to 30% for commercials productions.

He continues: “the main technical challenge was to actually build our own race track and illuminate it, since real race tracks are too wide and don't have enough lighting to shoot at night. Everything else you see in the background is a set extension.”

China currently operates a local film incentive programme, offering investments to Production Companies based within the state. Due to the lack of support regarding foreign investments however, there is no international incentive in place.

International companies can gain access to film on location in China by entering into co-productions with local establishments, which in turn allows both companies to pay a lower income tax rate of 10% with the remainder covered by the Chinese government.