Written by Tom Deehan on Apr 5, 2016. Posted in On Location / Production News

The pilot for ABC’s upcoming drama series, The Death of Eva Sofia Valdez has begun filming on location in Mullins, South Carolina. Production on the series began last week as lock-offs were initiated on Main Street and Park Street. The show is penned by Cuban-American playwright Charise Castro Smith (Devious Maids) and will star Gena Torres (Suits) in the titular role. 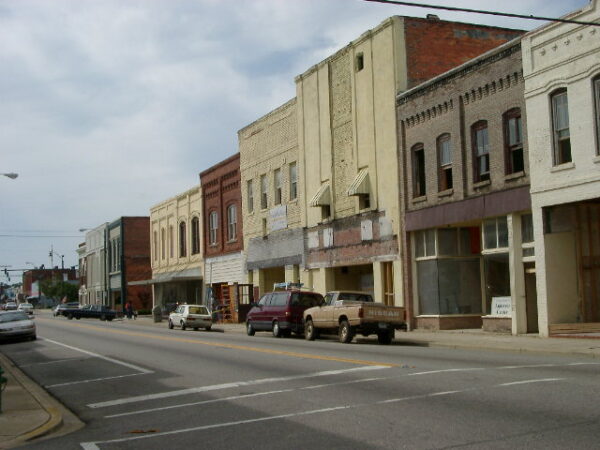 The new series will depict the rise of Eva Sofia Valdez, a Cuban immigrant who travels to Miami in search of the American dream but soon realises that success can also have its pitfalls.

Assistant Location Manager Robert Basha explains: “we’re doing special effects and street lock ups that required a police presence… it’s been a progression finding a big brick building, scouting and then showing to our production designers until actually shooting… I think it’s a cool little town, the last couple of shows I’ve down have focused on these small towns that still have the classic look to them.”

Marion County, of which Mullins is part of was featured in last year’s independent film All She Wishes, while horror series South of Hell was filmed on location in Charleston in 2014.

South Carolina’s incentive programme offers a cash rebate of up to 25% on qualifying in-state expenditures and provides exemption on sales tax for productions that incur a minimum spend of USD250,000.

The Death of Eva Sofia Valdez also represents the ongoing merger between the Cuban and American film industries. After the US trade embargo was lifted in 2015, a number of productions have filmed on location in Cuba including Late Night with Conan O’Brien, and soon Fast and Furious 8.