Written by Tom Deehan on May 9, 2016. Posted in General Interest

ARRI, in collaboration with the Producers Guild of America, Association des Producteurs de Cinéma and Film France, are hosting a drinks reception to coincide with the Cannes Film Festival 2016. The reception will take place May 14th from 5pm to 7pm at the International Village, with entrance admitted only to those who have received an invitation. 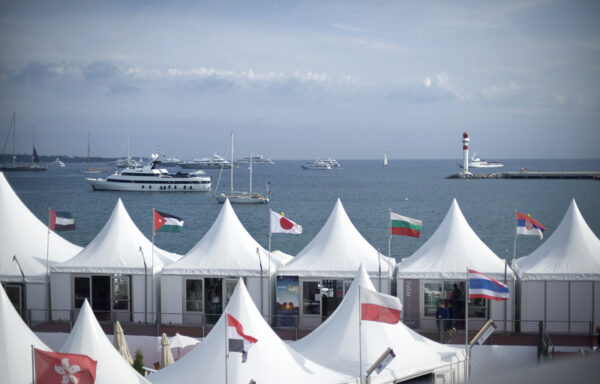 Natasza Chroscicki of ARRI’s Business Development and Strategic Marketing explains: “ARRI is happy to celebrate along with the PGA and APC at Film France Terrace, its strongest presence at Cannes to date. ARRI Rental will be presenting the ALEXA 65 and ARRI Camera Systems will showcase an ALEXA SXT with the Anamorphic Ultra Wide Zoom and an ALEXA Mini in 4:3 mode with Master Anamorphic lenses. ARRI Lighting will be promoting advances to the SkyPanel family, while members of the ARRI Media team will be on hand to discuss film production, postproduction and world sales.”

ARRI manufactures and distributes filming equipment throughout the world, providing cameras, lighting and even apparatus for surgical imaging.

Film France offers a tax rebate of 30% for international productions that shoot within the country, with an overall cap of EUR30 million per project. To qualify for the rebate, productions must either incur a minimum expenditure of EUR1 million or 50% of a film’s total budget.

France’s incentive programme was changed to offer 30% in January 2016, higher than the previous rate of 20% and is expected to create a huge surge in international productions travelling to the country.