Hands of Stone, a biographical boxing drama about the life of Roberto Durán was shot on location in Panama. Directed by Jonathan Jakubowicz and starring Robert De Niro and Édgar Ramírez, the film will premiere May 16th at the Cannes Film Festival 2016 in the Grand Théâtre Lumière. 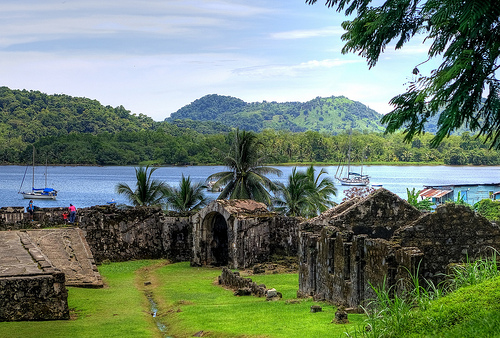 Born in Panama, Durán (Ramírez) began a career as a professional boxer in 1968 and gradually rose to fame with the assistance of his manager, Ray Arcel (De Niro).

De Niro explains: “I’m excited to be coming back to Cannes especially with this movie Hands of Stone that I’m so proud of… this movie is uplifting, triumphant and a good time for audiences, so I’m looking forward to seeing my friends from across the world of cinema in joining us for this fun event.”

Harvey Weinstein, one of the film’s distributors adds: “Hands of Stone is vintage De Niro. Anyone who knows Bob, knows what a passion he has for boxing and his huge input into this movie made it very realistic and smart. On behalf of the company, we are thrilled that the Festival de Cannes chose to honour Bob this year with a special screening. It promises to be a fun time and a fantastic night to pay tribute to one of the great men of our industry.”

During the time spent in Panama, the production filmed in a variety of locations including Santa Ana, San Felipe, El Chorrillo, Bella Vista, the Canal Administration building and Portobelo in the Colon province.

Panama has offered a cash rebate of 15% since 2012 but despite initially drawing large investments from international productions such as Contraband staring Mark Wahlberg, the country has been unable to maintain that success in recent years.