The latest film directed by Sean Penn, The Last Face will compete at the Cannes Film Festival 2016 for the Palme d’Or award. Starring Charlize Theron, Javier Bardem and Jean Reno, this will be Penn’s first directorial effort since 2007s Into the Wild which was nominated for two Academy Awards.

After going to Southern Africa and looking at locations, everyone was satisfied that we could double the landscape accurately and that it would make for great filming. 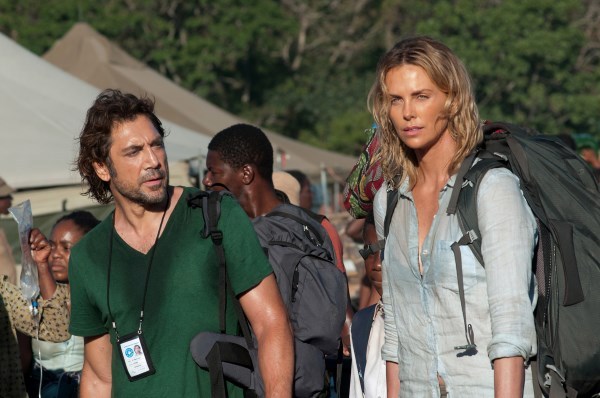 The Last Face was filmed on location in Cape Town in late 2014 and tells the story of a Director of an international aid agency (Theron) who meets an aid relief Doctor in the midst of a social uprising, prompting them to question the impact of humanitarianism and their role in the community.

Producer Bill Gerber details the production’s on location shoot: “Sean basically scouted Western Africa so we could find what we needed in Southern Africa, and after going to Southern Africa and looking at locations, everyone was satisfied that we could double the landscape accurately and that it would make for great filming. We shot in Cape Town, Port Edward, Upington and Pella, Northern Cape… in Cape Town, we were able to double places as far as Zurich, whereas in Port Edward, that was all jungle exteriors.”

Penn adds: "the incentives are enticing – it’s very provocative. And we also got lucky in that the exchange rates kept improving in our favour the longer we stayed down there."

South Africa is a popular filming location amongst big budget productions, with Mad Max: Fury Road being filmed largely on location in the Namib Desert. This popularity partially stems from the country’s film incentive programme, which The Last Face has also utilised.

Productions that film in South Africa can be eligible for a 20% rebate that caps at R50 million but can increase to 22.5% if local postproduction facilities are used.

The Cape Film Commission was shut down in February 2016, forcing productions to convene directly with the South African Government or local Production Service companies for assistance.