Written by Tom Deehan on May 6, 2016. Posted in Incentive News

Iceland could see an improved film incentive programme if a government proposal proves successful. The proposal in question seeks to increase the current 20% rebate to 25%, making the incentive far more competitive on the global filming market. To be put into law, the proposal will have to be approved at two separate debates but has already been successful in the first round. 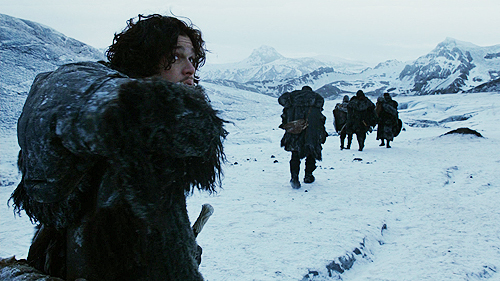 Iceland’s rebate was previously increased in 2009 from 14% to the current 20%. This change came at right time to help Iceland out of its economic crisis and establish the country as a major filming location.

A handful of high profile productions have since filmed on location within Iceland, including Christopher Nolan’s science-fiction epic Interstellar and HBO’s fantasy series Game of Thrones (pictured).

Leifur Dagfinnsson, CEO of Truenorth explains: “there is no question that it’s big news that the Icelandic incentives are being raised to 25%. We have enjoyed the 20% incentive programme now for few years, and it has helped make Iceland a favourite destination for producers, location managers and studios from across the globe as well as being a big boost for the local industry. We at Truenorth have been fortunate to service high profile films in recent years in Iceland and we can only expect further interest following this welcoming news. Everyone agrees that the Icelandic incentive programme is film friendly and together with the majestic Icelandic landscape there is no reason but to feel optimistic and excited on what the future has in store for us.”

Einar Hansen Tomasson of Film in Iceland adds: “it is now in Parliament and stakeholders have been interviewed... there is a lot of support for the change and I’m optimistic that it will be approved before the summer to go into effect in January 2017.”

Iceland’s current incentive programme won’t expire until December 31st 2016, preventing any changes from occurring before then.