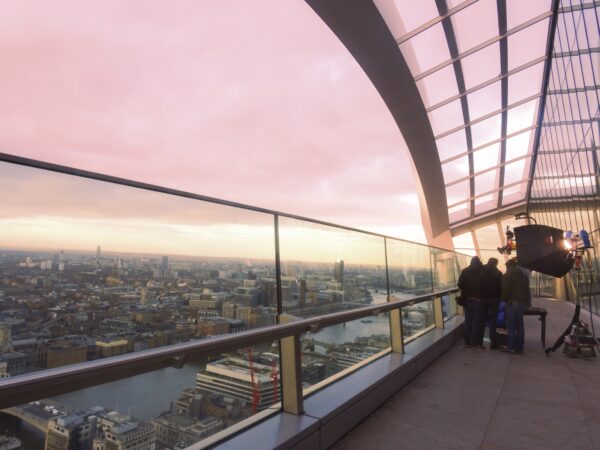 At the ‘Walkie Talkie’ building, the production travelled to the top floor to film from the Sky Garden as it offers an unparalleled panoramic view of the London skyline.

The production used the extravagant Erasmus boat to travel on the Thames and secure the required shot whilst passing underneath Tower Bridge.

For a previous commercial, MADAM filmed at Kings Cross St. Pancras for Marriott Rewards, utilising the station’s unique architecture to convey a sense of luxury. When promoting the shoot, MADAM’s Executive Producer Michelle Stapleton explained: “London has a great film office so they can provide quick and detailed responses to your enquiries and indeed provide you with fast turnaround permits.”

While the UK does offer tax incentives to film and television productions in the form of a 25% rebate, the programme does not extend to commercials. What the nation can offer however is a film-friendly environment with an infrastructure in place to accommodate the needs of productions filming on location.

The commercial is expected to air through German cinemas and websites later this year.