Written by Tom Deehan on May 26, 2016. Posted in On Location / Production News

The BBC’s popular period drama, The Musketeers was filmed on location in Prague for its third and final season. Adapted from Alexander Dumas’ classic novel The Three Musketeers, the show depicts a group of highly skilled musketeers in 17th century Paris who fight to protect their King and country. The show was renewed for a third season in February 2015, with news arriving two months later that it would be the last. 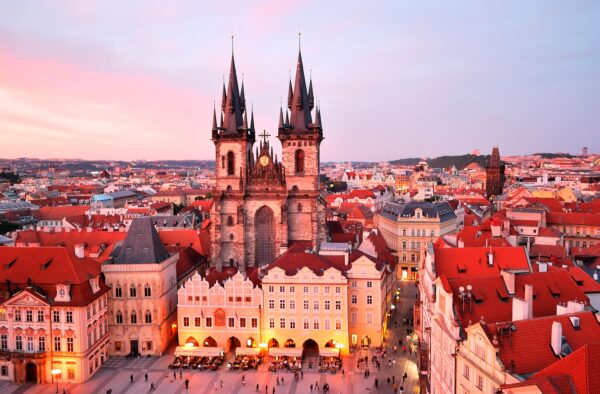 Alongside the main line-up, a number of new additions will be made to the cast for this season. These additions include Rupert Everett (A Royal Night Out) and Matthew McNulty (Misfits).

Everett details the process of filming on location: “working in the Czech Republic has been amazing, filming in tumbling monasteries, castles and palaces… it provides filmmakers with such a scope… it’s a great part of the mix getting these locations and having them as a backdrop.”

Since production on the series began back in 2013, the show has doubled Prague for Paris as the Czech capital feature a range of historic buildings and architecture that have remained intact throughout the years.

Co-showrunner Simon Allen has warned that for the final season, the show will delve into a darker storyline: “we go to places that I think shows very rarely get to go to - because we knew it was the end… the heroes do lose in this series - and because they lose, the jeopardy's higher and you care more. You fear for them - and worry that this is not going to go well.”

By filming in the Czech Republic, The Musketeers will benefit from a 20% rebate on qualifying expenditure that is capped at 80% of the total budget. Productions must also pass a cultural test to qualify.

Season three of The Musketeers will premiere May 28th at 9:30pm on BBC One.