Written by Tom Deehan on Jun 20, 2016. Posted in Production News

The upcoming film by Swedish Director Lisa Langseth (Hotel) Euphoria, will be shot on location in Bavaria. The film will star Alicia Vikander who has already worked with Langseth on a number of projects, alongside Eva Green and Charlotte Rampling, and will tell the story of two estranged sisters who come together when they decide to embark on a journey into the mountains. 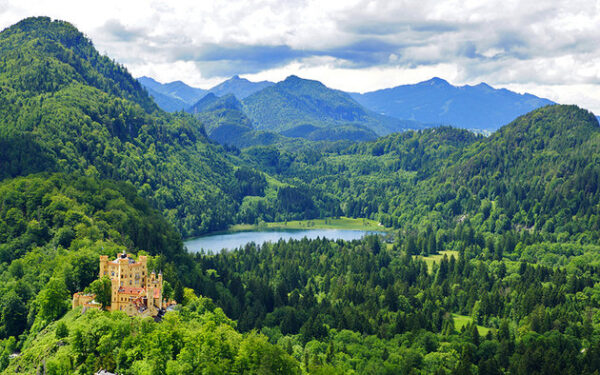 Euphoria will be the first film to emerge from Vikander’s newly established Production Company, after achieving recent critical and commercial success in such films as The Danish Girl and Ex Machina.

The project will be shot in a number of locations including Munich, the Allgäu region and the Bavarian Forest.

Stockholm-based B-Reel will co-produce the film with Vikarious Productions ltd., and Dancing Camel Films. Wild Bunch Germany and Dorian Media ltd. will also be involved on the project.

FFF Bayern, the organisation responsible for distributing funding to projects that film in Bavaria will provide Euphoria with EUR750,000 as it qualifies as an international co-production. The organisation is allocated a total of EUR30 million annually for investment in the film industry, with the per-project cap being set at EUR2 million.

Alongside regional funding, Euphoria will have access to the tax incentive available from the German Federal Film Fund (DFFF). The DFFF currently offers a 20% cash rebate to productions that meet a number of eligible criteria.

Recent productions to have tapped into the scheme include Captain America: Civil War and Steven Spielberg’s Bridge of Spies.

Filming will commence at the beginning of August 2016.