Written by Tom Deehan on Jun 10, 2016. Posted in On Location / Production News

Director Greg McLean’s upcoming film Jungle, has finished filming on location in Colombia. Starring Daniel Radcliffe, Jungle is based on the true story of one Yossi Ghinsberg who ventured out on a trip through the Amazon jungle and lived to tell the tale. The production has qualified to receive Colombia’s 40% cash rebate incentive for feature films, made-for-television features and documentaries.

Colombia is proving, year after year, that it is one of the most versatile filming locations and we are so happy the world is discovering us. 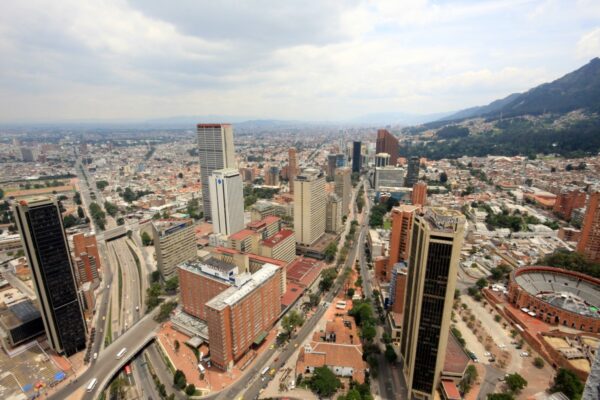 Producer Mike Gabrawy explains: “Colombia is an ideal country in which to film a movie for a variety of reasons. Its myriad diverse locations, breathtaking geography, urban centres and countryside villages, fantastic crew and craftspeople coupled with very reasonable labour costs and a generous subsidy program puts Colombia at the top of my list as a production location… having just finished shooting Jungle there, we couldn’t be happier with the experience and are actively looking for new opportunities to return.”

A 20% cash rebate is also available for productions that only incur costs relating to accommodation, food and transportation.

Silvia Echeverri, Colombia’s Film Commissioner adds: “our filmmaking ecosystem and locations continue to attract magnificent stories, storytellers and talent from around the world. Colombia is proving, year after year, that it is one of the most versatile filming locations and we are so happy the world is discovering us.”

Colombia’s incentive programme has been in operation since early 2013 and has proved popular with international filmmakers, having attracted 19 recipients since being established. The Netflix mini-series Narcos was able to obtain a substantial USD2 million to film on location in Bogota in 2015.

At least half of Jungle was shot in Queensland, Australia which will also welcome Thor Ragnarok and Alien: Covenant later this year. New South Wales recently announced an extensive USD20 million film fund to attract more domestic and international productions.