Written by Tom Deehan on Jul 22, 2016. Posted in On Location / Production News

The latest film by Director Simon West (Wild Card, The Expendables 2) will finish production after scenes to be shot in Santiago and Valparaiso have been completed. Entitled Salty, Antonio Banderas will portray the retired rock star Turk Henry whose world is turned upside down when he gets kidnapped during a holiday in Thailand. 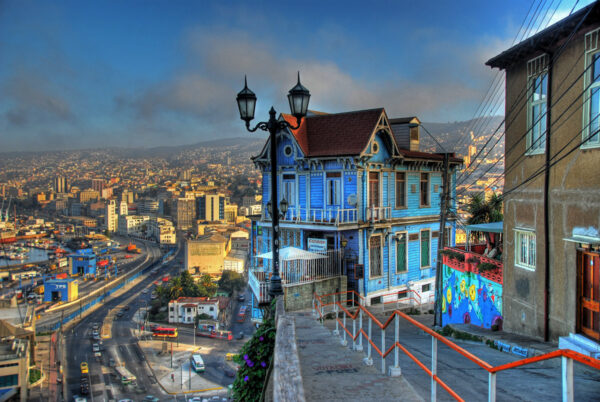 The film is adapted by Mark Haskell Smith’s novel of the same name. Chile was chosen as the location for Turk’s retirement after the director was highly impressed by what he saw.

West explains: “when we saw Chile, we realised that it was the atmosphere we wanted. When we got here, we liked the culture, the people, the locations, and we adapted the script to take place in Chile. The variety of locations, the off-season and the fact that winter isn’t so harsh also helped in the decision. It’s a serious country and where things function.”

Finances for the film were sourced via crowdfunding platforms, raising more than USD2 million in the process.

Ernesto Ottone, Chile’s Federal Minister of Culture adds: “to have the chance for the rest of the world to see the landscapes of Chile through a film is not only an opportunity to increase the economic impact of the nation’s audiovisual industry, or to promote ourselves as an excellent place to shoot, but it’s also about the economic benefit and tourism for the places selected as locations. And Chile has every capacity to become a world-class film location, a labour that we at the Cultural Council have been strongly developing through Film Commission Chile.”

Chile’s picturesque landscape has always made it a popular location with international filmmakers. Recent productions include Knock Knock with Keanu Reeves and The Club, which won the jury prize at 2015s Berlin International Film Festival.

Plans for a Chilean film incentive were unveiled at the 2016 Cannes Film Festival. The proposal called for a cash rebate of 20-40% to encourage more foreign Producers to shoot on location.