Written by Tom Deehan on Jul 25, 2016. Posted in On Location / Production News

Alexander Payne’s upcoming film Downsizing has now begun shooting on location in Western Norway and Lofoten. The production picks up in the Nordic State after previous shoots were completed in Omaha, Toronto and Los Angeles. The film stars Matt Damon and Kristen Wiig as a married couple who decide to escape from the daily grind by shrinking themselves.

The production can also enjoy 22 hours of daylight, which money can't buy! 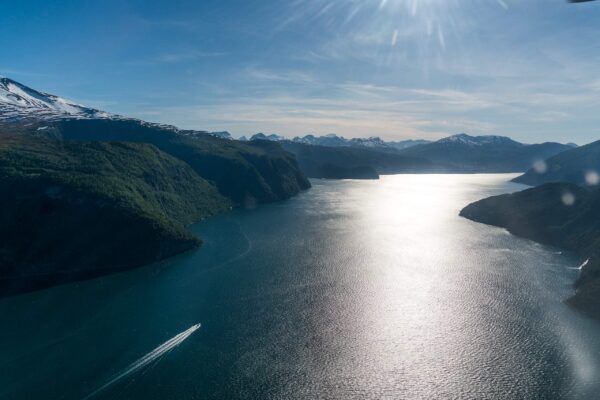 Sigmund Elias Holm of the West Norway Film Commission explains: “it is truly inspiring to have such a magnificent project as Downsizing shooting in Norway. The response to the Norwegian production rebate has been remarkable, and shows that there's a very interesting position for Norway on the global production map. We are very excited about 2017, and we will host several location tours to introduce our spectacular, undiscovered and easily accessible locations to future projects."

He continues: “Norway's dramatic landscape plays a major part in the film. Downsizing will shoot in Trollfjorden in Lofoten, on several fjord and mountain locations in the Nordfjord and Sunnmøre area, as well as in Bergen. A hotel ship serves as a floating production base travelling with the production. The production can also enjoy 22 hours of daylight, which money can't buy!”

Downsizing has been granted access to Norway’s new 25% tax rebate which was made available in January 2016. The rebate has proven so popular so with Producers that the entirety of its NOK45 million fund was allocated within the first quarter of 2016.

Until the rebate is replenished, a separate fund is available for co-productions by the Norwegian Film Institute. The fund can offer up to EUR300,000 per project from an account of over EUR1 million.

Norway’s recent productions include The Snowman starring Michael Fassbender which filmed in Bergen, and the Academy Award winning Ex Machina which shot at the Juvet Landscape Hotel in Valldal.

Downsizing is slated for a December 2017 release in North America.