Ian Brodie is one of the leading figures of on location photography. His company, Ian Brodie Consulting has worked with a number of productions from The Lord of the Rings trilogy to The Last King, providing his unique expertise to promote film tourism. We spoke to Ian to get the scoop on the film tourism industry and how to use it to its full potential. 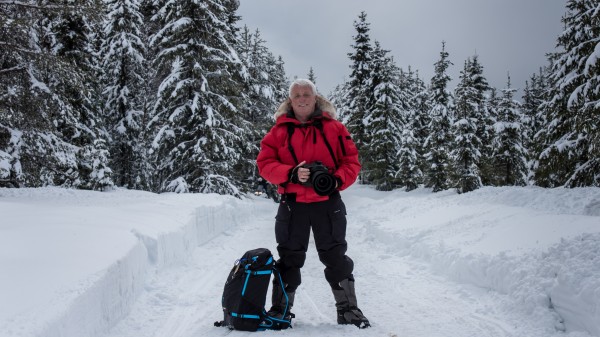 What has been your career path to date?

I come from a travel industry background. When I left school, I wanted to be a film Director and started working in a travel agency to earn enough money to start that but in the end I never did, although I did discover my love for travelling. I later worked for Air New Zealand for ten years and then set up an aviation museum in Wanaka. I love aeroplanes and this museum featured a number of airworthy aircrafts from the Second World War.

The museum was set up around these planes and told the story of New Zealand Fighter Pilots. I spent 18 years there and wrote a number of books about the aircraft and the airshow we held every two years (Warbirds Over Wanaka). The airshow was a great opportunity for taking some spectacular shots.

I have always loved photography; I inherited the passion from my father. In particular, I love the New Zealand landscapes and the beauty they hold. My passion for film tourism was initially inspired by Zabriskie Point. When I saw that film I just wanted to go there.

When I was 14 I read The Lord of the Rings and I couldn’t put the book down. When I discovered that New Zealand was going to be the location for Middle-earth in the film adaption I began to consider that there might be a few people who would like to know where the locations were. I submitted the idea to Harper Collins Publishers who agreed to the whole concept. Once the approvals were in place I was put in touch with the Unit Publicist and Barrie Osborne who were just so helpful.

Writing the book took me to every major location from the films and when the book was released at the same time as The Lord of the Rings: The Two Towers it was an instant success. It sold 18,000 copies in four days. The success continues and the book has now sold over 500,000 copies.

During pickups for The Lord of the Rings: The Return of the King, Peter Jackson allowed me on set for six weeks. It was an incredible experience being allowed to just sit in and watch.

The release of the films in New Zealand was huge and I was used by Tourism NZ and Air NZ as an Ambassador, which involved taking international media around the country to the locations featured onscreen. This led to being the live red carpet presenter (with others) for national television, upon the release of Return of the King.

When the The Lion, The Witch and The Wardrobe was about to be filmed in New Zealand, I suggested a teenage market book on how films are made, concentrating on all the different crafts that combine to make a major feature. Six weeks were spent on set to source photographs for the book. When the book was released it sold 850,000 copies and won a number of awards.

I’ve also become a speaker on the benefits of film tourism, including giving lectures on cruise ships about the topic. This role has taken me to conferences in Pattaya, Krakow, Berlin, Lillehammer and New Zealand. During my visit to Lillehammer, I developed a love for Norway and working with Norwegian crews. They are practical, very friendly and the landscapes are stunning. This led to on-going work with Visit Lillehammer, Nice View Studio, Mesna Icelandic Horse Centre and Paradox Film.

In 2014 I decided to make the big break and create my own company, Ian Brodie Consulting. Later that year when The Heavy Water War was going to be filmed in Rjukan, I was approached by the local tourism organisation to create an eBook showcasing the region and the film. I spent 10 weeks in the snow in Rjukan with the production utilising my images. I am now the official photographer for Visit Rjukan.

I’ve also created location guides for The Hobbit as well, although I never did visit the sets. In 2015 I was asked to create an eBook for Visit Somerset. Six months were spent in the county taking images and researching. The book was launched in May 2016 at Westminster.

You work involves three different but complimentary activities: photographer, author and international film tourism consultant. Can you tell us a little about each function and how they converge?

I love controlling my own destiny so I am really a one-man band. I take the images, write the text and code the book. Film tourism is one of the largest single motivators for travellers but, everybody has different sources of inspiration. Some see a film and might like to visit the place generically; others want to stand under the same tree!

My photography for films is behind the scenes, how it is made, what the people do and the locations. Then I write my personal take on it. I guess by being at those two levels the third just comes along naturally.

What has been your most difficult on location challenge to date?

The pressure of my official stills photographer job on The Last King. This was serious and I had to get the shots. The weather was what really got to me, working in -30°C and often in the dark. Thankfully, the production loved my work. It was still one of the best experiences I’ve ever had as I was there throughout the entire production process.

You have published 21 books to date with 1.5 million sales worldwide. What book are you working on now?

I am creating an eBook for Visit Lillehammer and a photo/location book for The Last King.

You specialise in eBooks and electronic press kits, can you tell us about these and why producers should consider talking to you about tools that you can provide to help them market their productions?

EBooks create such a special way to view product. They can be seen on Apple, Android and Windows devices, both portable and main computers. The opportunity to embed slideshows, videos, call outs and so many other things enhances the product. Working with the Unit Publicist, I can create the images as the stills photographer then create the book, so fewer people need to get involved and it can be created on the fly so producers and directors can have input.

You were awarded the New Zealand Order of Merit for your services to film tourism and writing. Can you tell us about what consulting services you offer to help promote film tourism in a particular destination? 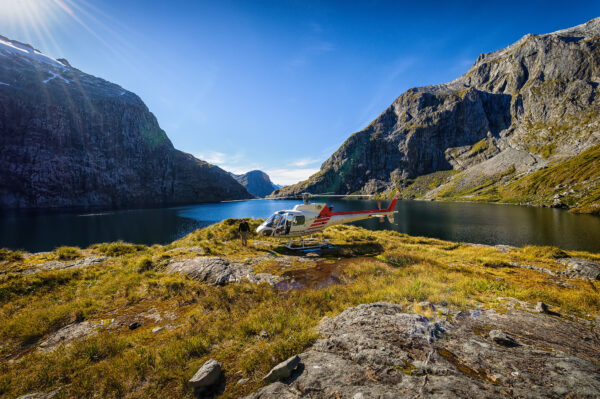 What I can offer is straight, practical experience. I have been involved in the biggest film tourism event the word has ever seen, but working on films and as a commentator I have seen so many aspects of production. Good practical information is what I offer.

What do you enjoy most about your work?

Making images, creating the text and then seeing the final product. All of it really!

What do you do to relax and find peace of mind after a long location shoot?

Peace of mind is drinking a cold beer outside somewhere warm with loud music!