Production Service Company 23/32 Films, in collaboration with the Israeli Production Company Paradiso Filmmakers, have shot their latest commercial for JOYA ice cream on location in the Khotyn Fortress of Western Ukraine. 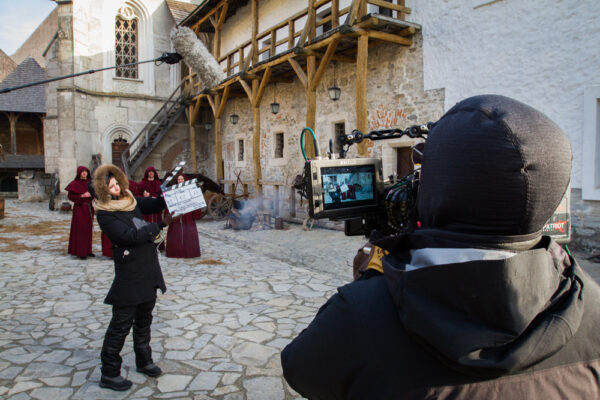 Ran Harush, Producer at Paradiso Filmmakers explains: “I chose to shoot the JOYA project in Ukraine because I knew I would find the perfect locations for the agency’s brief; isolated, impressive and remote. Among the locations I received was Khotyn. From the moment the Director and I looked at it, we knew we had a winning location.”

He continues: “one of the challenges with this location was the distance from Kiev and the need to transport the crew, equipment, cast and props all the way to the location which was an eight hour drive away. Even after all the equipment arrived, we still needed to bring it inside the castle and try to find a way to overcome the huge wall surrounding the castle.”

The commercial features sweeping panoramic shots of and scenes inside the Khotyn Fortress, the construction of which can be dated back to 1325. The fortress is such a popular tourist destination that it has been listed as one of the ‘Seven Wonders of Ukraine’ since 2007.

Maria Fabro, Executive Producer at 23/32 Films adds: “two units worked to create live action shots and table top shots of ice cream ingredients. The most challenging shots were the table top ones, because the pyrotechnicians had to create controlled explosions of the sacks of almonds and coconut and the SFX team had to create a real fire burning background for the shots of stirring chocolate.”

News emerged in February 2016 that a proposal for a 25% cash rebate incentive was being debated by the Ukrainian Government. Despite a great deal of support for the incentive, no updates have been offered since the news broke.

With headquarters in Kiev, 23/32 Films specialises in servicing productions throughout Ukraine. Their previous work includes spots for Pepsi, Kinder Chocolate and Sprite.