Written by Tom Deehan on Aug 18, 2016. Posted in General Interest

As part of a familiarisation trip set up by Enterprise Georgia, Bollywood Producers travelled to the country earlier this month to better understand the landscape and logistical support available for productions hoping to shoot on location. This follows a similar trip that took place in late June 2016 wherein American Location Managers were invited to scout Georgia in consideration for upcoming projects. 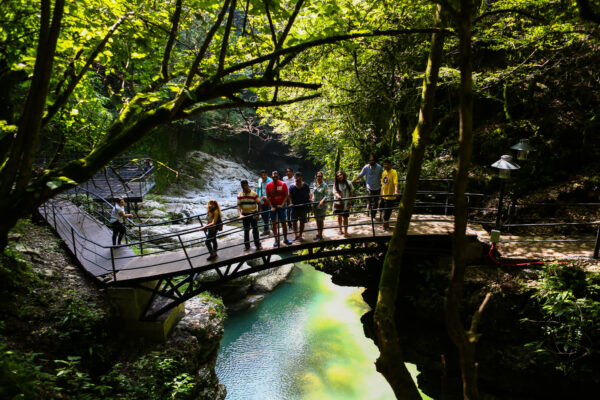 Of the American Location Managers who visited Georgia, their credentials included work on Transformers, The Hangover, Sicario and films from Marvel’s Captain America series. They were taken to locations including Tbilisi, Rustavi, Kakheti, Mtskheta and Kazbegi.

Nino Skhirtladze, Head of International Relations at Enterprise Georgia explains: “in 2016 we are more focused on US and Indian filmmakers; from 2017 we will continue an active presence with these markets, as well as start our promotional campaign in England.”

Georgia launched its first film incentive programme earlier this year in the form of a 25% cash rebate. Feature films and television series need to spend a minimum of USD250,000 locally to qualify for the incentive. The rebate is also one of the few worldwide that extends to commercials productions, requiring a minimum spend of USD150,000.

He continues: “six months from the launch of the Film in Georgia programme, four films are already in various stages of production. The filming of two Indian movies is already complete, while a German-Georgian co-production will be completed in September. We also have an American film in pre-production that will start shooting in September.”

Georgia has also seen a surge of interest from the television industry, with the American miniseries Marisa Romanov and the UK-Georgian co-production Shindisi having shot on location this year.