On location with Bénédicte Vernier of the New Caledonia Film Commission

Hidden in the South Pacific, New Caledonia (NC) may not have a worldwide reputation but it does have one of the most dedicated film commissions around and plenty of picturesque locations to boot. We spoke to Bénédicte Vernier of the NC Film Commission to fully understand everything that this small nation has to offer.

What has been your career path to get you to your current role working at the NC Film Commission?

I arrived at the NC Film Commission in 2008 to work as an assistant to our Office Manager, Aline Marteaud. We were a complementary team over a seven-year period until her untimely death last year. I am now the new office manager, something I think she would have been proud of.

Before that, I worked in an audiovisual technical company in the North of France. I was working with some production companies that produced institutional products. I left the North of France 10 years ago as I moved to NC and started work in a scuba diving club.

When I worked with Aline, I welcomed a number of shoots and assisted local companies in their various requests regarding casting, locations, technicians and even locating contacts to be the subject of a documentary. Our office is in charge of the financial services intended for broadcasting projects filming in the South province. We study these projects and present them at a commission composed of political figures, among which there are two representatives from NC’s cultural landscape. I'm still in charge of these missions with Manon Bordaberry now.

Our office has been involved in developing the image of the New Caledonian audiovisual support fund for several years. Aline did a lot of work on this project and I am proud to carry it on for her.

What does this role involve exactly and what do you enjoy most the job?

The role requires me to listen and be attentive to each project. It’s important to understand this magnificent country: its cultural and political context, the landscapes, having a network on the territory and a good comprehension of the audiovisual world to evaluate this domain. In NC, many things still need to be done for its development but I’m proud and happy to be part of this process.

What can you tell me about NC as a filming destination?

NC is located 1,500 km off Australia’s East Coast, and 1700 km from the north of New Zealand. The NC is the third most prolific island in the South Pacific. The NC archipelago consists of the main island (Grande Terre), 400 km long and 50 km wide, the Isle of Pines and Loyalty Islands of Ouvéa, Lifou, Maré, and Tiga. NC is a French overseas nation and as such, operates under French law and has also adopted French as the official language of the country. It’s a destination wherein the landscape, the people and its history are little known to the rest of the world

NC enjoys a moderate tropical climate – plenty of sunshine with very little variation throughout the year and the country boasts an amazing diversity of natural landscapes. 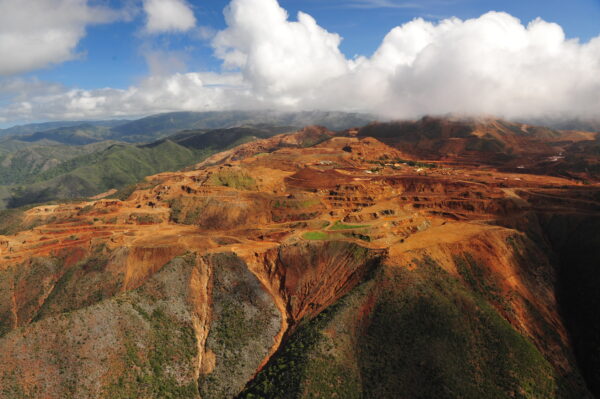 We benefit from an ecosystem offering a big diversity of landscapes and colours including green forests, blue lagoons and plains that have been tanned yellow by the sun and give the appearance of being in a Western film.

The small population means untouched, well-preserved and deserted natural setting and sites. The population of NC is a mix of ethnic groups: Melanesian, Oceanians, Polynsesians, Europeans, Asians, Arabs and Indians. NC’s origins and charm come from them all.

The NC is divided in three provinces: North, South and the Loyalty Islands. Only the South province has a Film Commission. The commission has a variety of equipment that is free to use including cranes and grips, plus its provision is free. The local Government has a keen interest in developing the audiovisual industry.

Skilled labour is readily available as around 200 technicians work in the territory, including cameramen, sound technicians, gaffers, grippers, make-up artists and wardrobe. There are also 30 local production companies, ready to provide assistance.

What locations are most commonly used by film and TV crews when they come and film in NC?

The Isle of Pines is the most famous location. Its lagoon and beaches of white sand are unique. You can find endemic vegetation with the famous pines column (araucaria species). We welcome crews that come to shoot documentaries about the biodiversity and history of the country.

What locations worldwide can NC easily double for?

You can find similar locations in Australia, or South America. The island could be compared to Micronesia but our landscapes remain largely unique in the world.

What are the advantages of filming in NC?

It’s not complicated to film in NC; the institutions are all very helpful. Only shoots occurring on protected heritage zones can have a fair degree of regulation, with the aim of protecting the sites.

Production crews don’t require visas to work on the territory, just an ATA carnet to come with shooting equipment. We have transit transport to facilitate these steps.

What incentives to you currently offer producers who might be interested in coming to film in NC?

Our film commission manages a supportive financial committee that gathers twice a year, consisting of elected representatives of the South province and experts of the cultural Caledonian landscape. Our annual budget is CFP40 million (EUR336,000).

On top of these incentives, the Government has just announced the New Caledonia audiovisual support fund, which will provide a single go-to option for production companies in Caledonia. It is still being developed but it should become a reality in 2017.

What productions have used NC locations in the past five years?

To name a few, we had Mercenaire here back in 2015. The film was directed by Sacha Wolff and told the story of Soane, a young Caledonian of Wallisian origin who flies to France in order to take the opportunity of becoming a professional rugby player.

In 2012 we had the television film Kanak, l’histoire oubliée. The production was shot at Canala (East Coast), Noumea city and the Great South. Similarly, it detailed the life of a young footballer in the 1980s who is torn between the need to move to France to further his career, and his commitments at home in NC.

Please tell us about Mercenaire and how that production came to film in NC?

The Director, Sacha Wolff wanted to make a documentary about rugby. While looking for information about the topic, he met a Wallisian rugby player who inspired him to write a story. He then comes to Caledonia in 2011 to discover the Wallisian community as they are more numerous in Caledonia than in Wallis. Afterwards he met us at the local filming commission in order to know how we could help him to set his project. In 2013 he comes back with 3B Production to state his case for the support financial of the South Province, which allocated them CFP7 million (EUR58,800). In 2015 during the preparation, the crew received free support for technical and logistical help from the film commission. 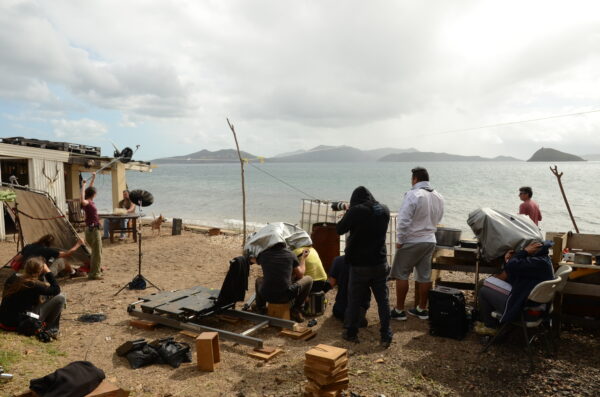 How long did they shoot for, how many local cast and crew did they employ and what impact did the production have on the economy of NC?

We’re lucky to enjoy sunshine all year round. The local people and institutions are very helpful for shooting preparation and organisation because they love cinema and they are always willing to share their culture and land.

We have several places we could recommend with hotel groups in Noumea because they know how to cater to the needs of a film crew. I would personally recommend countryside guests houses, ones not far from Noumea that still enjoy splendid locations. Even in rather small guest houses people are highly adaptable to crew needs.

What would you recommend cast and crew do to have fun and relax on down days or pre/post shoot in NC?

In NC you can enjoy all the nautical activities you can dream of: scuba diving, snorkelling, kite surfing, wind surfing, canoeing, etc. Regarding city activities, we have a set of museums you can discover: Melanesian culture (Centre Culturel Tjibaou and Musée de la Nouvelle Calédonie), history of the land - Musée de la ville, Musée maritime, the Second World War museum and the Penal colonies ruins and buildings. You may also want to visit the Loyalty Islands and the Isle of Pines thanks to our local air plane company, where you can discover the Melanesian culture, or just relax on the beach.