Written by Tom Deehan on Aug 19, 2016. Posted in On Location / Production News

Steven Spielberg’s film adaptation of Ernest Cline’s novel, Ready Player One is now filming on location in Digbeth, doubling the location for a dystopian Ohio. Footage of the shoot emerged online, showing a van speeding around the corner of Floodgate Street. The production will relocate to the city’s Jewellery Quarter when the Digbeth scenes are completed. 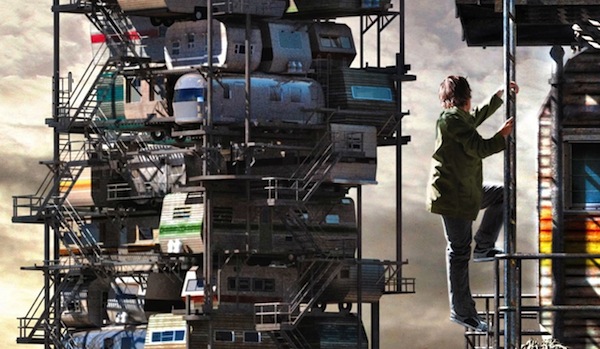 Ready Player One stars Tye Sheridan (X-Men: Apocalypse) and Olivia Cooke (Me and Earl and the Dying Girl) alongside Simon Pegg (Star Trek: Beyond) and Mark Rylance (The BFG).

The film depicts a dystopian world where humanity’s only escape from the horrors of reality is in a virtual reality video game known as OASIS, with its true appeal being that the creator’s fortune is hidden somewhere in the game itself.

The UK has a history of doubling for American locations after Captain America: The First Avenger and Fantastic Beasts and Where to Find Them both cheated Liverpool for New York.

This marks a return to the UK for Spielberg after his most recently released film, The BFG had scenes shot in the Isle of Skye and at Blenheim Palace.

The UK is an appealing destination for high-budget feature films thanks to its tax relief programme. Productions that spend a minimum of 10% of their budget in the UK are entitled to receive a 25% tax rebate, with no cap on the amount that can be claimed.

A number of high profile films have shot in Birmingham recently including The Girl with All the Gifts and Kingsman: The Golden Circle, having been on location at Dudley Guest Hospital and the Colmore Business District respectively.

Ready Player One was due to be released December 2017 but has since been pushed back to March 30th 2018 to avoid clashing with Star Wars: Episode VII.