Written by Tom Deehan on Sep 7, 2016. Posted in On Location / Production News

ABC and Lonestar Company’s upcoming series about the history of the Torres Strait Islands is filming in the location itself and throughout Far North Queensland, Australia. The three-part series will dramatise various periods of the history of the area, with the intent of educating foreign audiences about its culture. 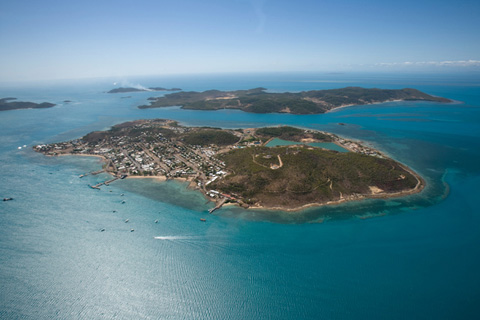 Premier and Arts Minister Annastacia Palaszczuk explains: "my Government is supporting this domestic production through Screen Queensland as part of our commitment to build jobs in the Queensland creative sector and grow the screen industry in Queensland."

The concentrated efforts of Screen Queensland should direct attention to the Torres Strait which despite having an aesthetic similar to the Maldives, has rarely been featured onscreen. Hulu’s drama The Straits is among the few productions to have filmed there.

Queensland on the other hand is a widely recognised production hub that has recently catered to the Marvel Studios sequel, Thor: Ragnarok which filmed on location along the Gold Coast.

Australia currently operates a two tiered incentive programme for productions: a 16.5% tax rebate for on location shoots and a 30% rebate for any locally sourced post-production work. The upcoming reboot of the Tomb Raider franchise was set to film in Australia but backed out over concerns that the national incentive was too low to cover the film’s budget.